York And Dorking Go Up After Dramatic Day In Play-Offs 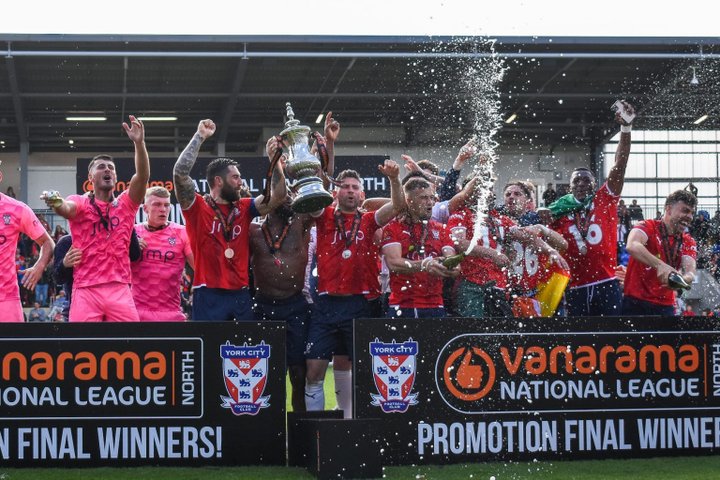 The party is just getting started for York City and Dorking Wanderers as they confirmed their National League place.

They won their Promotional Finals as they held their nerve on a tense afternoon.

The Minstermen are back after defeating Boston United 2-0.

Man of the moment Lenell John-Lewis put them ahead against the Pilgrims before the game was made safe.

Dorking join them after securing yet another promotion.

In a thriller it needed extra time - and Alfie Rutherford was on hand to supply.

His extra time winner proved to be the difference as another promotion was secured.

Wanderers have gained 12 promotions since they were formed 23 years ago and boss White beamed: “I couldn’t be prouder.”

 Unibet's Big Notts County vs Grimsby Play-Off Preview The talking is finally about to stop and the click of seatbelts being buckled has been heard around the country - are you all strapped in for another play-off rollercoaster?

Unibet's National League North And South Preview  After a week full of tension and talk, there’s 90 more minutes of nail-biting to come as we wait to find out the two clubs who will earn promotion.