Spireites Spark At Last To Seal Their Semi-Final Spot 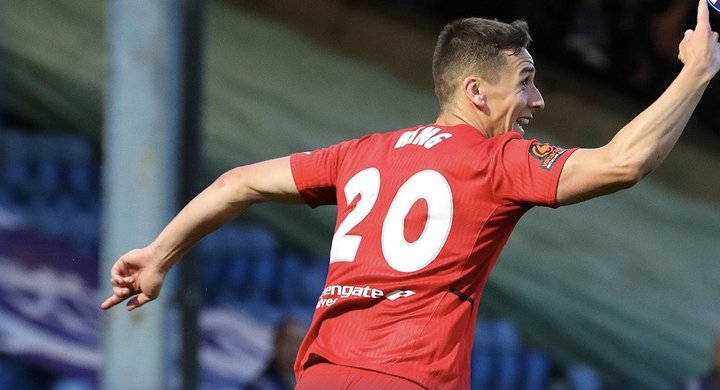 Chesterfield found form at just the right time as they sealed a semi-final place.

They held firm at FC Halifax to set up a final four tie at Solihull Moors on Sunday.

Danny Rowe headed the visitors in front before Jeff King, pictured, stunned his old club with a sensational strike.

Matt Stenson quickly responded but it couldn’t provoke a comeback and the Spireites go through to the joy of over 2,000 travelling fans.

Paul Cook says he never questioned his players once despite a dreadful final few months of the season.

He told us: “We just about limped over the line to get into the play-offs but I knew we had the character.

“It was the total opposite to what we have been for a while.

“It was a great performance to come to a team who are so strong at home, the players were fantastic.”

 The Managerial Merry-Go-Round Is Already Spinning! The managerial merry-go-round is in full swing and we’ve already seen a number of changes made this week.

Unibet's FC Halifax vs Chesterfield Big Play-Off Preview  Part two of the play-off drama is hours away - now it’s the turn of FC Halifax Town and Chesterfield to put on a show.