Moves Made With The New Season Just A Fortnight Away 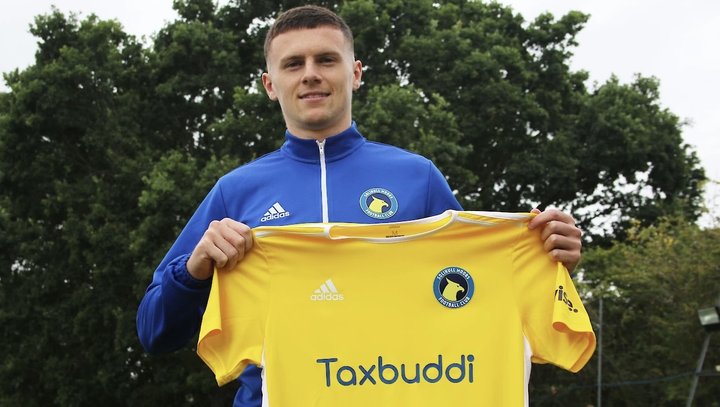 And just like that, there are only two weeks left until the real stuff starts up again.

Finishing touches continue to be put on squads ahead of the opening day of the season - the football is very nearly back.

They do say there is positivity in staying patient when it comes to biding your time for the player you want.

So which managers have made important moves in the past few days with August 6 getting closer and closer?

Solihull Moors were one game away from promotion last year and now they have made a big transfer market move.

After seeing Kyle Hudlin switch to Huddersfield, they have reinvested some of that money into Maidenhead United striker Josh Kelly, pictured, who joins for an undisclosed fee.

Manager Neal Ardley beamed: “Josh has been a player that we’ve had to be patient with as there were several clubs in for him and interest from the EFL after his outstanding season. We are delighted.”

BT Sport viewers will see Scunthorpe United close up on the opening day and they have announced the signing of experienced midfielder Jacob Butterfield.

Altrincham are full-time for the first time ever and have re-signed young forward Chris Conn-Clarke on loan from Fleetwood Town.

Chesterfield must do without midfielder Saidou Khan after he linked up with Swindon Town.

Torquay United have signed forward Will Goodwin on loan from Stoke City as they let Yeovil Town take their utility player Chiori Johnson.

Bromley have comfirmed the signing of defender Reece Hannam on a season-long loan from Premier League neighbours Crystal Palace.

Wes Fonguck is being tipped to shine for Southend United after he signed a two year deal.

Boreham Wood have got their hands on George Williams who moves down south from Barrow.

He has further boosted squad with the signing of talented midfielder Connor Kirby.

Hereford have been busy - they have signed Thierry Latty-Fairweather from Burton Albion while Orrin Pendley, a centre-back, also agrees terms at Edgar Street.

AFC Telford United have snapped up midfielder Sam McLintock on a free.

King’s Lynn Town are in good shape after getting their man - they have signed highly-rated striker Ben Stephens from Barwell.

Oxford City have made a trio of new additions as they gear up for the new National League South season.

Striker Klaidi Lolos signs on for the National League South side as well.

Hemel Hempstead Town have also added a trio of players.

They confirmed the signing of left-back Bradley Webb as defender Cole Dasilva and central midfielder Bayley Brown have also both agreed to play for the Tudors.

 What's In A Start? The Champions' First Month Assessed We know the fixtures are there's no doubt you're busy plotting how many points your side can take from the first few matches.

Shayman Hopes To Shake It Up In The Love Island Villa  The oddest summer transfer has just been completed as FC Halifax Town star Jamie Allen makes a move to the Love Island villa!