Shayman Hopes To Shake It Up In The Love Island Villa 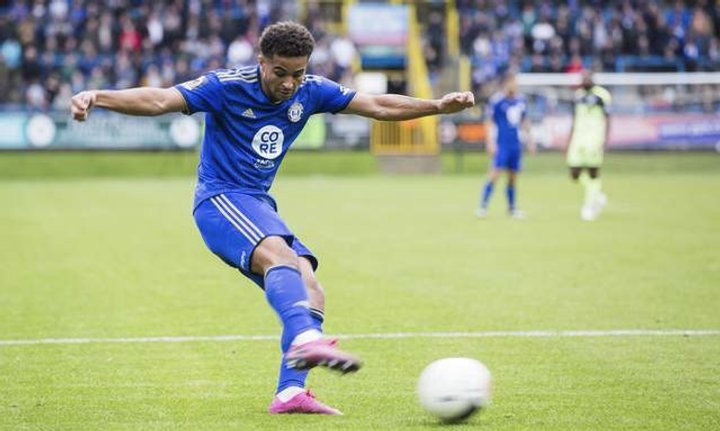 The oddest summer transfer has just been completed as FC Halifax Town star Jamie Allen makes a move to the Love Island villa!

The Shaymen announced this afternoon that their man is off to Mallorca after accepting the chance to leave for Casa Amor.

He will join as what is known as a bombshell alongside three others. His big entrance will be broadcast tonight.

Allen only signed a new deal at The Shay this summer.

Halifax said: “Jamie Allen has decided to join the cast of Love Island 2022, making his intentions clear that the opportunity is very important to him.

“The matter will be reviewed on his return.”

Fans weren’t sure if they were serious until the ITV 2 dating show confirmed with photos that he is heading to Spain.

The former Barrow, AFC Fylde, Southport and Dover Athletic attacker is coming in late - and could still be back for the start of the new season on August 6.

The 27-year-old told Love Island viewers he is ready to mix it up in the final few weeks.

“I play football every single day and in terms of stepping on people’s toes we are all in there for the same reason so I wouldn’t have a problem upsetting a few people,” he said.

 Moves Made With The New Season Just A Fortnight Away And just like that, there are only two weeks left until the real stuff starts up again.

National League New Boys Counting Down The Days!  The National League will be saying hello to ten new clubs come August 6 for a season that is sure to be bigger and better than ever!