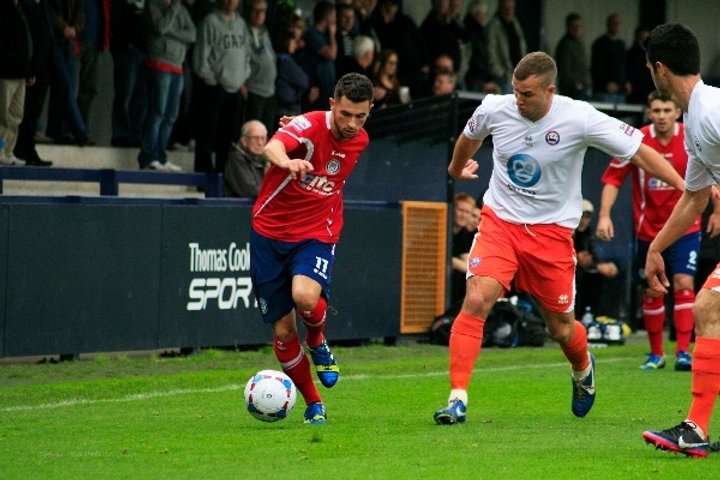 Hughes, 25, has a wealth of experience in both the National League and National League North with previous spells at Hyde United, FC Halifax Town, Bradford Park Avenue and Worcester City.

A product of Oldham Athletic’s youth academy, the Bolton-born winger went on to make eight appearances for the first-team at Boundary Park before joining Hyde.

Hughes spent the majority of last season Stalybridge, where he scored 10 goals and assisted nineteen in thirty-one appearances for the Evo-Stik League Premier outfit.

On his first summer signing, John Flanagan told the club`s official website: “We’re delighted to secure Connor as our first signing for the coming season. He’s been a target of mine for a number of seasons, but we’ve never been able to get the agreement over the line for one reason or another.

“He will undoubtedly add more goals to the team, which had been a bit of a problem for us last season. He’s an exciting player, he’s got pace and determination and I’m sure the Nash faithful will be delighted when they see him perform next season!”

 Daggers Legend Still Says He'll Step Aside At Victoria Road Dagenham legend John Still has confirmed he is to leave the club.