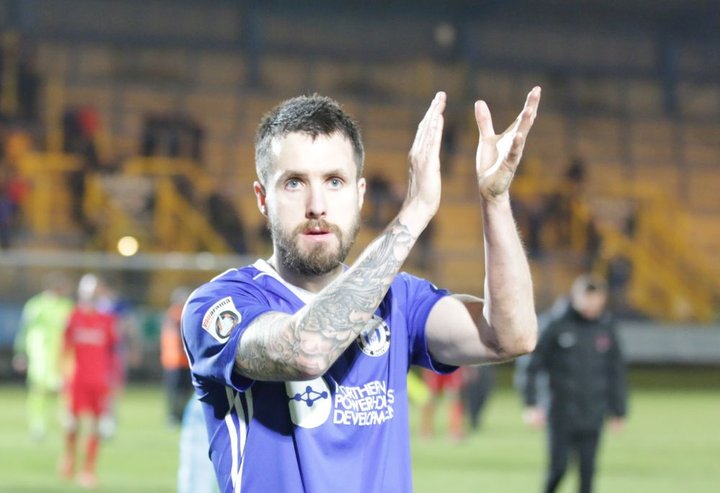 It’s not just National League talent moving up to play in the Football League this summer.

After this weekend announcing his retirement, FC Halifax Town defender Michael Collins is to take charge at Bradford City.

The League One club have handed the 32-year-old the role of head coach - where he will work with Greg Abbott and Martin Drury.

He told the Bantams website that he is ready for the challenge at the former Premier League club.

“I’ve been working towards this for a lot of years now,” he said. “Even when I was playing at Oxford I was coaching locally, and when I was at Leyton Orient I’d be in at Spurs’ training ground as often as I could.

“I’m honoured that Edin and Stefan have entrusted me with the Head Coach role, but we truly are a team here and I can’t stress that enough. Martin is one of the best coaches I’ve ever worked with and Greg’s experience is invaluable for us both.

“We’ve all been fortunate enough to have had the chance to observe the previous managers at the club and we’ve seen first-hand the way that they worked. We can take a lot of positives from what we’ve seen over the last two years.”

“It also helps that Greg, Martin and I all know the training ground set-up very well too, so there won’t be any surprises when we get started for pre-season”

“As a coaching team, we all fully appreciate that we will ultimately be judged on our ability in our roles and in line with the clubs’ objectives. There will also be a period of time during which we have to earn the respect of everyone at the football club, especially that of the City fans”

 Delano Is All Set For Dartford As Striker Finds A New Home Delano Sam-Yorke has found himself a new club as Dartford sharpen up their attack.

It Will Be Quality Over Quantity Next Year For Sutton  Sutton United manager Paul Doswell says less will be more next season.