It Will Be Quality Over Quantity Next Year For Sutton 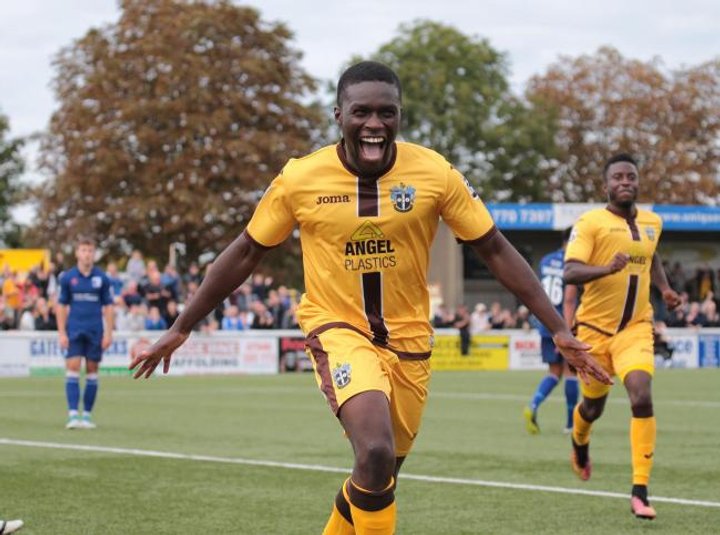 The Gander Green Lane boss has done his summer maths and says a small squad with better players is the best way forward.

He has continued to trim back and striker Moses Emmanuel, pictured, has left the club and to sign for Billericay Town.

Doswell has moved a number of players on this summer with only defender Dale Bennett added to his team.

The manager told the club’s official website that it will be quality over quantity when the side return to pre-season.

Doswell said: ”With Louis John being signed by Cambridge, Ross Stearn, Simon Walton, and Moses Emmanuel moving on, Ross Worner joining Chelmsford on loan, and Terrell Thomas and Byron Harrison returning to their clubs after being on loan with us that’s seven players from last season who have left us, and there could still be one or two more.

“We’ve reduced the squad down , as we’re trying to make four quality signings that would enhance the starting eleven, and to do this we have to have a smaller squad but perhaps with enhanced quality.

“The recruitment for this season has started well with Dale Bennett, and I’m hopeful that we can announce another signing on Monday.

“We’re looking to add real pace and strength to the team this year, and we’ve targeted players that we know and who will fit straight into the dressing room.”

 Shayman Star Collins Gets The Bradford City Job It’s not just National League talent moving up to play in the Football League this summer.

All Rod Needs Is Love As Clarets Hope To Bring Fenwick Back  More often than not, a footballers’ love life spells bad news for his manager.