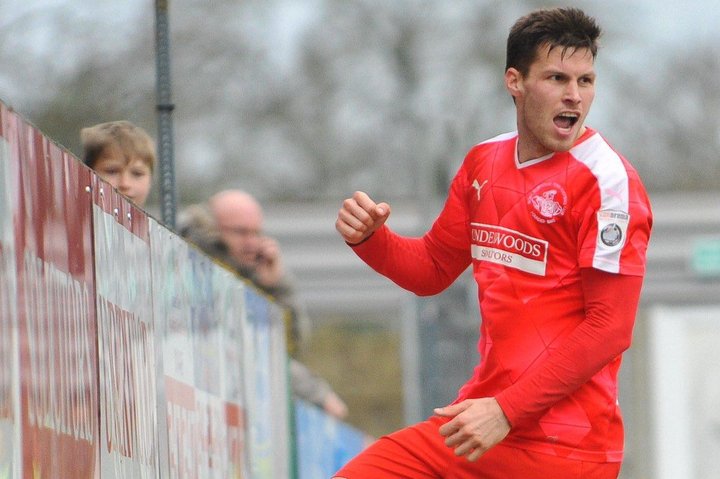 Dean Brennan has spoke of his delight after winning the race for Charlie Sheringham.

The striker is a Hemel Hempstead player permanently, their manager has confirmed. , writes Tom Feaheny

Brennan was "delighted" by the Tudors' performance and confirmed Sheringham has agreed to sign after playing on loan last season.

He said: "We're over the moon, it's a great signing for the club.

"He was fantastic for us last season and we have beaten off a number of others to get him here."

Brennan wants progress next season and hopes are high after a challenging 2016/17.

"Naturally we want to push on," he said. "Last test was tough but we like the look of things so far.

"But there will be a lot of clubs thinking the same thing. It will be a competitive league next year for sure.

"But I'm happy with how things are progressing, the shape is good and the players are doing what we're asking of them."

Hemel are at home to Whitehawk on the first day of the season and Brennan is still chasing a winger to complete his squad.

"We are nearly there now," he adds. "Maybe a tweak here and there but overall we are in a good place."

Weaver: Hartlepool Win Sets A Marker For Our Side  The Vanarama National League North side gained a 2-1 home victory at the CNG Stadium