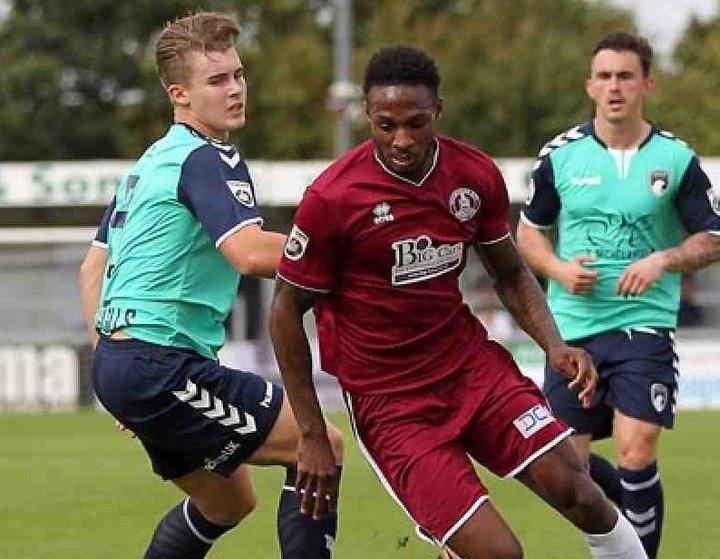 Chelmsford City have extended the loan deals of Christopher Smith and Bagasan Graham.

Defender Smith joined the Clarets from SkyBet Championship side Ipswich Town on an initial one-month loan in September 2017.

Having made his Blues debut in the Caraboa Cup defeat at Crystal Palace prior to his move, Smith went straight into the squad for City’s trip to Poole Town.

The 19-year-old defender rose off the bench after 72 minutes to secure a 0-0 draw in Dorset, before making his full debut for the Clarets against Weymouth in the Emirates FA Cup.

Since signing in September, Smith has gone on to make over fifteen appearances for the Clarets and his loan spell at City has been extended for another month.

Graham (pictured) returned to the Melbourne Community Stadium for his third spell with the Clarets in November.

Similar to Smith, Graham joined City for an initial one-month loan, but the management team at Ebbsfleet United have allowed the Clarets to retain the winger’s services until the end of the season.

Since signing on temporary terms in November, Graham has made five appearances as well as netting City’s opener in the 3-0 friendly victory over Aveley last month.