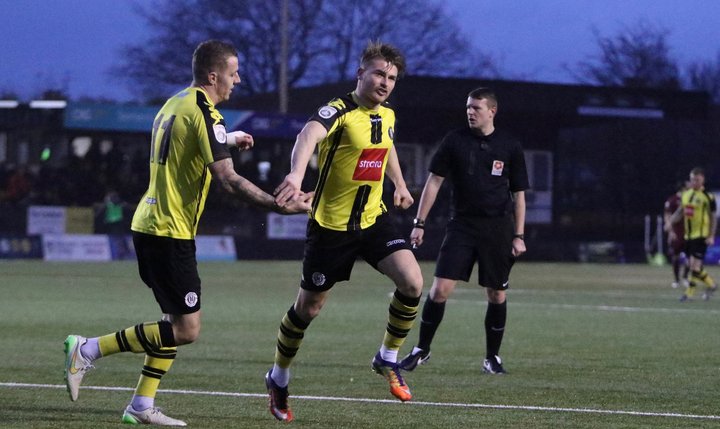 Harrogate Town boss Simon Weaver has urged his side to keep the pressure on National League North leaders Salford City.

The Ammies are winless in their last three games and Harrogate’s 3-0 victory over Darlington on New Year’s Day has moved them to within four points of top spot.

Harrogate are top scorers in the division and Weaver was delighted with the amount of chances his side created against Darlo.

The boss told HTTV: “To get the win, do it in a controlled fashion and to create as many chances as we did was fantastic.

“We took three of those chances and we could have taken more. We bounced back in style and I hope the Harrogate fans went home happy.”

On whether Salford’s recent blip has given his side and their rivals more impetus, Weaver added: “I suppose so. All the top six or seven clubs are trying to finish as high as possible. You can’t control what goes on at other clubs but you’re always aware of other results.

“We’re very respectful of the quality of the League but it’s up to us to be consistent and keep the pressure on.”