What Happened In The National League South On Saturday? 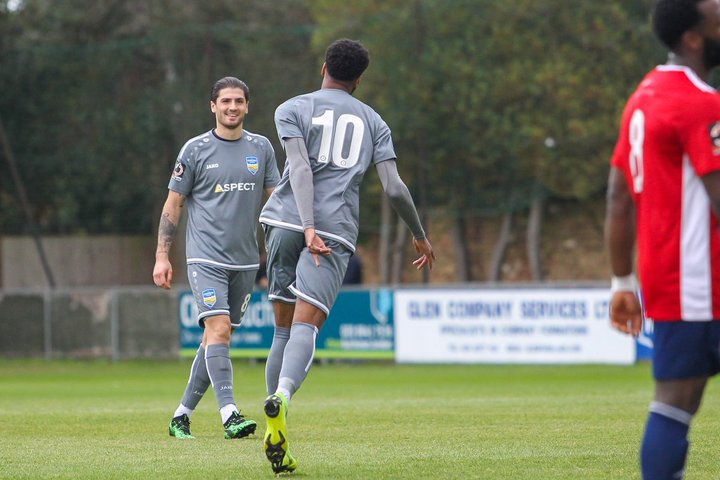 Late drama was in full supply on Saturday afternoon in the National League South with some real nail-biting finishes on offer.

The game of the day was undoubtedly at Dartford who were five minutes away from their second win of the season.

Dorking Wanderers had other ideas - Guiseppe Sole and James McShane fired two in two minutes to snatch a last-gasp win.

Talking of late shows, Maidstone produced a fine one of their own against Havant & Waterlooville.

The Hawks led through Danny Kedwell's goal eight minutes from time but deep into stoppage time, Dan Wishart rescued a point for the hosts.

Concord were also at it right at the end as Aron Pollock found a way through in the final minute to wrap up a win against Hampton & Richmond.

Wealdstone proved why they celebrated having both the Manager of the Month and Player of the Month accolades this week - how fitting then that Ross Lafayette should celebrate his gong with the winner against Oxford City.

Tariq Ossai and Chris Zebroski had already given Chippenham an unassailable lead before Will Puddy's dismissal.

Braintree Town had to come from behind to make it three wins on the spin at Cressing Road.

Dulwich Hamlet led through Danny Mills before Ade Cole and Alfie Cerulli turned the game on its head.

Hemel Hempstead bounced back from their midweek defeat to down ten-man Chelmsford City - Sam Ashford and Jack Midson with the goals.

After a slow start to the season, Slough have put their troubles behind them and hit a fourth win in five games away to Eastbourne Borough.

Warren Harris opened the scoring before Dan Roberts doubled their advantage over Lee Bradbury's side who had Roberto Nditi sent off.