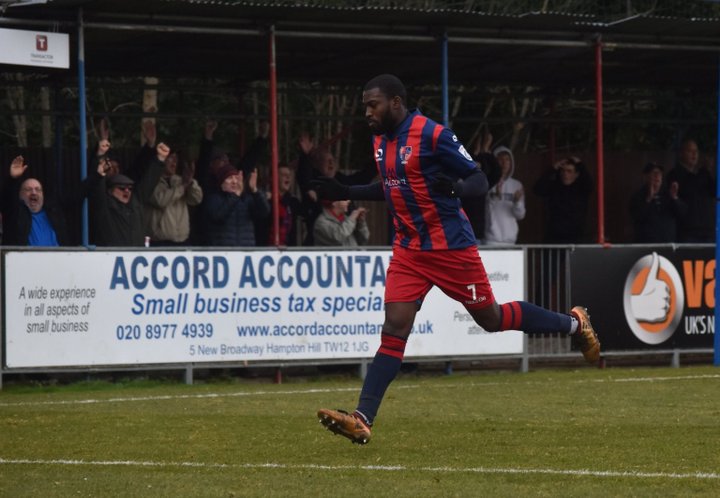 The return of the National League South was worth the wait. No snow, but plenty of icy paths were tread by the teams at the top.

We have new leaders of course, Havant & Waterlooville sit a top the table following their hard-fought 1-0 success at Oxford City.

Dartford are deposed for the first time since 2017 - and you won’t be surprised to see a number of Poole Town players making up our Team of the Weekend!

If you aren’t familiar with our progress, we latch onto reporters, managers and club officials around the grounds to piece together a side who all deserve to be recognised.

The squad of 16 is announced thanks to the feedback we get from our contacts across the division.

So here’s who has made the cut for their efforts this weekend in what was an afternoon packed full of talking points.

Goalkeeper: Nick Hutchings (Poole Town)
He played a huge part in securing the shock result of the season so far. Save after save allowed the Dolphins to not only win at leaders Dartford but to take away a clean sheet.

Defender: Jamie Whisken (Poole Town)
The match winner for Poole at Dartford but his contribution was far greater than just scoring the all-important goal. A true leader.

Defender: James Rusby (Hungerford Town)
How close were Hungerford to stopping the Chelmsford City express train? Rusby was Man of the Match and didn’t deserve the late heartache.

Midfielder: Matty Whichelow (Wealdstone)
The winger started the Stones big recovery at Braintree with a fantastic strike. He pulled the strings in the second half.

Midfielder: Joe Parker (Gloucester City)
There was no Manager of the Month curse at Priory Lane. The Tigers beat Eastbourne thanks to Parker pouncing on a Sports mistake.

Midfielder: Karnell Chambers (Chippenham)
A vital win for the Bluebirds at Whitehawk and Chambers was excellent. His performance grew after getting a goal.

Midfielder: Bradley Hudson-Odoi (Hampton)
The on-loan Sutton United attacker dug the Beavers out of a hole. Trailing to Weston, his two goals turned the screw.

Striker: Adam Coombes (Welling United)
A second debut for the Wings brought the match-winning goal. Is this the type of signing which carries a team into the promotion reckoning?

Striker: Jason Prior (Havant & W)
He is really back in form now and that’s a warning to the rest of the league. A vital winner at in-form Oxford City took Havant top of the table.

 Wilkin Salutes Brackley Getting Another Win At Stockport Brackley Town boss Kevin Wilkin says his side delivered once again with another victory away at Stockport County.