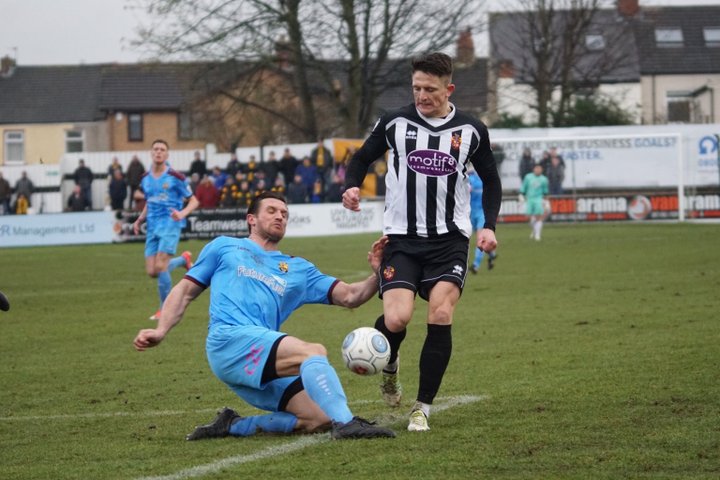 Action has been taken action to ensure Spennymoor's FA Trophy quater-final with Bromley goes ahead this week.

Following last Tuesday's late call off, the FA have been keeping a watchful eye on the situation with the first legs of the semi-finals scheduled for this weekend.

With Moors' pitch not quite ready, Darlington have stepped in and the game will be played at Blackwell Meadows on Wednesday night.

If it can't go ahead in the north east, the game will instead be played at Bromley for a second time.

Spennymoor released a statement confirming the switch this afternoon.

"FA Officials have been in discussion with Spennymoor ground staff over the weekend and have confirmed that both Tuesday and Wednesday will come too soon for The Brewery Field’s pitch to recover from the recent inclement weather," it read.

"The game will now be played on Wednesday evening at 7:45pm and will be moved 16 miles South to Blackwell Meadows, subject to a FA-led pitch inspection tomorrow (Tuesday 13 March 2018). If the game is declared unplayable on Wednesday it will be played this Saturday (17th March) at Bromley’s Hayes Lane.

"Spennymoor have a significant fixture backlog, mainly due to the impact the recent heavy weather has had on the playing surface at The Brewery Field.

"They once again experienced a National League North postponement yesterday when AFC Telford’s pitch was declared unplayable, meaning the Moors won’t have played a game since the first leg of the FA Trophy tie on Saturday 24th February by the time the two teams go head-to-head on Wednesday evening."

The Board, officials and players at Spennymoor Town would like to thank Darlington for their support in helping us play this crucial game in our season.