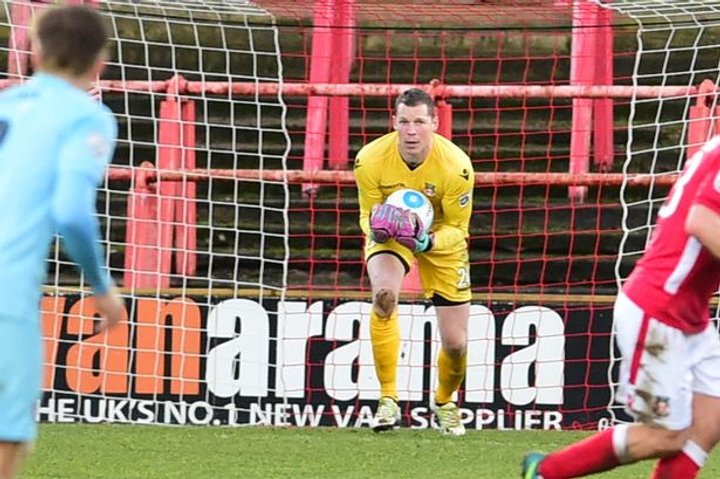 The Dragons finished tenth in the Vanarama National League but, despite possessing the best defensive record in the division, having conceded just 39 goals in 46 games, they scored only 49 – six fewer than relegated Woking!

Now Ricketts, who was appointed as the new manager at the Racecourse Ground earlier this week, knows he needs to add striking options for next season if they are to maintain a promotion challenge.

The former Wales international told The Leader (www.leaderlive.co.uk): “You look at the stability on the pitch and the fact that the defensive side is very solid is the most important thing.

“If you can keep the defensive side at zeros and ones against you then you have always got a chance in every game.

“That is your foundation of the side, they will keep you in a game, but you need the icing on the cake.

“Forwards win you games and you need a forward line who can get you the goals and turn those draws into wins or losses into draws.

“We have got a great defensive structure, a fantastic club record clean sheets.

“All these things are brilliant and Dean Keates did well in that department.

“It is up to me now - can I get us scoring a few more goals? Can I get the people that win you games?

As well as bringing in more firepower, Ricketts wants Wrexham to play entertaining football in their pursuit of wins as he attempts to challenge for promotion.

“You want exciting football,” said Ricketts. “Fans want to be entertained, they want to come and enjoy watching football.

“So, we want dynamic forward players, numbers in the box, and goals.

“Liverpool are fantastic to watch, generally they win, sometimes they don’t but even when they don’t win they are still entertaining to watch so we want to get somewhere like that.”

Ricketts admits he will make contact with the Reds players now he has been appointed manager.

“I will be in touch with the players,” added Ricketts. “I don’t want to bring them all in if they are away or something like that, I don’t want to make them come in just to say hello.

“I will try and get in touch with as many as I can and just have a few words with them, and if they are local maybe meet up with a couple as and when I can”.

 Devonshire Dances Off With Manager of the Month Award! It’s fair to say Maidenhead United and their manager usually enjoy April.

Wealdstone Bring Fan Representative Onto The Board  Wealdstone have announced that Mark Randall has been appointed to the club`s Executive Board.