Devonshire Dances Off With Manager of the Month Award! 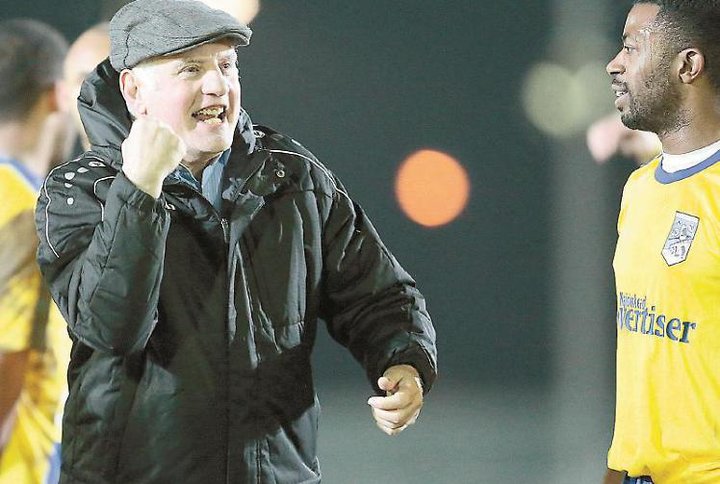 A year ago of course it was the month when the Magpies
confirmed the National League South championship and they
partied all summer long.

Twelve months on, they ended their first season in The
National League’s top flight with some outstanding results to
sign off the campaign the perfect way.

Four wins made it impossible to ignore the West Ham legend,
who had a little treat for everyone after their final game.

The Stripes signed off the season in style - and a 5-2 win over play-off hopefuls Bromley even brought about a post-match
dressing room jig from the veteran manager which soon went viral on social media!

“It’s been a great end to the season, we have really come into our own,” said Devonshire, who collected the award for Manager of the Month for the first time this season.

“We have had a good season and the players have been fantastic. We’ve enjoyed it.”

 Striker Andy Has Been Cooking Up A Treat For Tranmere! If Tranmere Rovers are to succeed in the play-offs, they’ll need an in-form Andy Cook. So it’s good news for Rovers that their star striker is red hot at the moment.