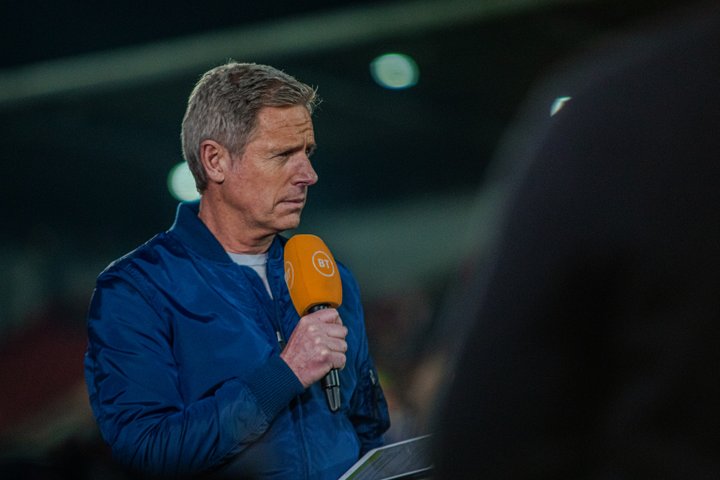 The National League’s return is now just days away - so we’ve asked the experts to risk it all and put their necks on the line!

BT Sport are once again backing the competition with their
phenomenal coverage, and they will bring to life no fewer than six live games in the season’s opening month.

But those in front of the camera and behind the mic have got to get getting the big calls correct, right?

We’ve put three of the broadcaster’s main men on the spot - and they’ve been brave enough not to dodge the key questions.

Grilling them on their title tips, the cluster of contenders, the surprise package and the player to watch out for, there were typically some intriguing answers.

So let’s see what Matt Smith, Adam Virgo and Adam Summerton all said as the countdown to the new campaign ticks down.

“I think Wrexham to win it as they can’t afford not to.

“The contenders will be Notts County, Chesterfield, Solihull Moors and Dagenham.

“This year’s surprise will be Southend United as I think Kevin Maher will get them more competitive and closer to the top seven.

“As for the player to watch, I have a feeling that will be Josh Kelly at Solihull after his move from Maidenhead United.”

“To win it? Wrexham - they have, on paper, the strongest squad, they also went close last season. They have, for this level, sizeable backing on-and-off the pitch.

“I believe Chesterfield and Notts County will provide the biggest threats to Wrexham. I also expect Southend, FC Halifax, Solihull and Dagenham & Redbridge to be in the top-seven.

“I think York City could surprise some people on their return to this level.

“Ruben Rodrigues could have an exceptional season - he has matured in to a player who could easily grace the EFL, and now - since the departure of Cal Roberts he added pressure on him to deliver for Notts County. I think he will be a contender for Player of the Year.”

“My champions? Wrexham. They have the best squad, have added good quality and will spend and spend to get over the line this season.

“As for the contenders, Solihull have a really good front line and have kept key players, adding into the mix Alex Reid and Josh Kelly to push them on this season.

“Chesterfield should be there with Kabongo Tshimangla fit. They have them best finisher in the league but the manager will be the biggest factor as last season he didn’t do well.

“Southend I think they are going in the right direction under Kevin and have made good signings up top, they could be the surprise package.

“As for the player to watch, Paul Mullin has got a real chance of hitting a very high amount of goals. He will have seen Ricky Miller hit 40 and think it could be a season like that for him.”