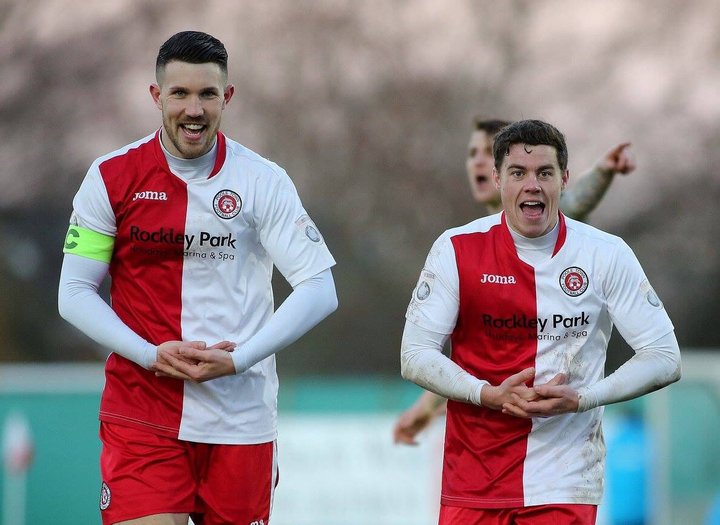 Poole Town play Chippenham tonight knowing a win will take them out of the National League South bottom three.

Now chairman Chris Reeves has opened up about the next few months and says a return to the Southern League “does not bear contemplating”.

Having beaten Hemel Hempstead on Saturday, the shock result of the weekend, Tom Killick’s side have given themselves a massive confidence boost.

But in an interview with the Daily Echo, Reeves says the Dolphins will be doing everything possible to retain their National League status.

After facing struggling Chippenham on Tuesday, they then face Gloucester City - the team who will replace them in the bottom three at 9.45pm tonight if they manage to beat the Bluebirds.

Reeves said: “There is a lot going on and there is a lot of positivity surrounding the club. We have worked so hard to get where we are, both on and off the pitch.

“We had a £300,000 upgrade on the ground four years ago and spent another £170,000 last season. Huge investment has gone into the facilities to enable us to play at this level.

“We have all enjoyed the experience so much that the thought of dropping back just does not bear contemplating.”

He told the Echo: “We don’t want the fantastic journey we have been on during the past few years to suddenly start going into reverse.

“Winning at Hemel on Saturday was an incredible statement from the players as to how much they care about the club and how much they respect the leadership of Tom and Callum.

“The victory has, hopefully, given us the platform to have real confidence that we can get away from the wretched relegation places.”

 Elliott Gets His Best Win Yet As Boston Boss Craig Elliott says his side defeating Blyth Spartans was the win he is most pleased with since he took charge.