He's Bossing It! Loyal Jason Is The Moors Man Of The Moment 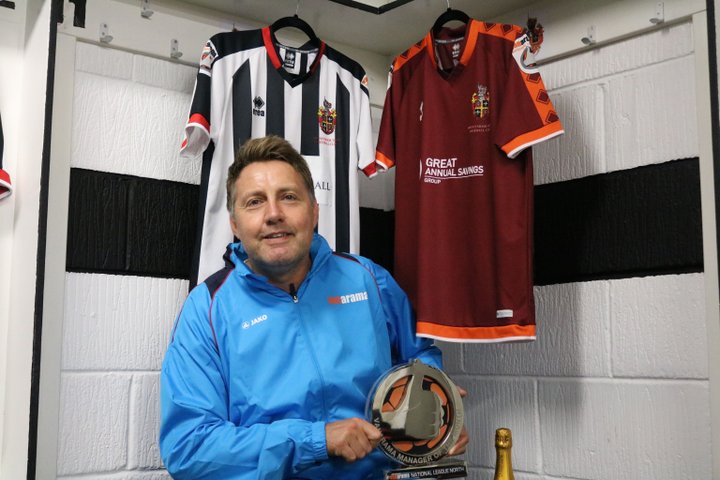 Jason Ainsley may have been in charge for 12 years, but even he won’t have had too many months better than the last.

After an unconvincing August, he masterminded a Spennymoor Town revival in September.

That proved to be a spark as they secured maximum points after that, starting with a 2-0 win over Leamington, followed by a 3-1 victory versus Nuneaton Borough.

Perhaps their best performance and result of the season came against Hereford last weekend. Ainsley said the 3-0 away win against the Bulls would live long in the memory.

The National League’s longest serving manager was quoted earlier in the month saying: “we are always likely to score goals”.

How right he was. They averaged over two goals per game in their September fixtures and are now the third highest scoring side in the division.

 Jumping Jack Is Slough’s Super September Stopper! The Rebels had a moment of blind panic in September. It spoke volumes for how important Jack Turner is to the league’s newcomers.

Ed Is Head Boy As Midfield Freescorer Is Rewarded  What a month it’s been for Harriers’ midfield maestro Ed Williams.