Ed Is Head Boy As Midfield Freescorer Is Rewarded 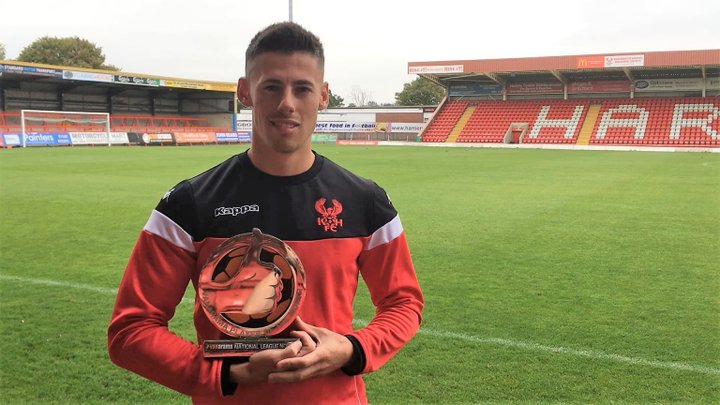 What a month it’s been for Harriers’ midfield maestro Ed Williams.

With Kidderminster sitting proudly in second, the 23-year-old’s form also piqued the interest of England C manager Paul Fairclough, who selected Williams for their upcoming friendlies this month.

Harriers may have lost for the first time this season during the past few weeks, but elsewhere it’s been a perfect month. An impressive 12 points from 15 has been backed up with a resounding win in the FA Cup.

Williams has more than contributed with six goals in five games throughout September, the summer signing has helped his side to wins against Blyth Spartans and Altrincham, along with a crucial goal as they eased York City aside.

But the stand-out moment has to be an incredible solo effort against Boston United – picking up the ball before beating two defenders and firing low past the Pilgrims’ keeper.

 He's Bossing It! Loyal Jason Is The Moors Man Of The Moment Jason Ainsley may have been in charge for 12 years, but even he won’t have had too many months better than the last.

Holleran: Brakes' Late Lapses Have To Stop Or Else!  Paul Holleran has warned Leamington they'll end up in a relegation fight if they don't figure out how to stop the late goals going in.