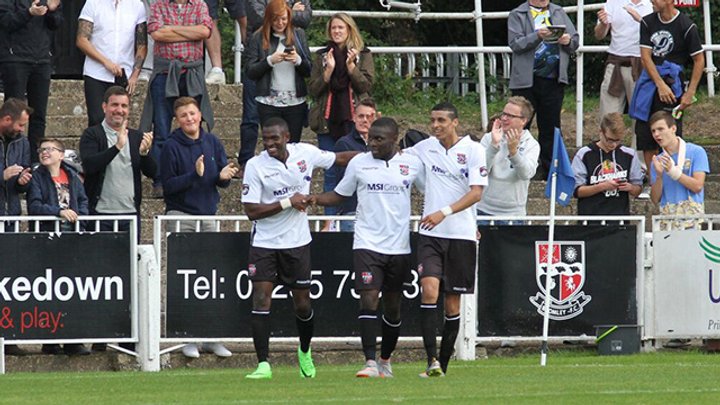 Neil Smith says their new 3G pitch and the team bonding well, means it has been a successful pre-season so far.

The Ravens have seen plenty of change over the summer, a new playing surface, nine new arrivals joining the club and boss Neil Smith says they have adapted well to it all, writes Tom Feaheny.

Last season they gained a top ten finish and start this campaign at home against Eastleigh, with Hayes Lane now having a 3G surface Smith told the club's website he is pleased with how the surface is.

"It is brilliant, the players are enjoying training on it, we are going to have to get used to it, that's why we are doing as many sessions on it as possible

"We had an in-house game, which was 90 minutes and had a few trialists, it was important and still is that we get the lads minutes under their belts and that we have as much time on the 3G as possible."

Smith is also taking positives from the way the group have bonded during the past month.

"We have had hard days, where we have done a lot of running not much time with the ball, it has really gelled us as a group, all the light things are helping us bond, it is working well.

Their last home pre-season game will see them face a Crystal Palace XI, Smith says no matter what team they face on Saturday it will be a good test.

"If they bring their under 23s down, they are still a Premier League side, it is a great game for us, they will be sharp and quick and test us, we will take it seriously and keep our momentum going."

Harriers Friendly With Premier League Albion To Be Re-Arranged  Kidderminster Harriers fans have had another pre-season friendly chalked off - this time because of busy schedules!