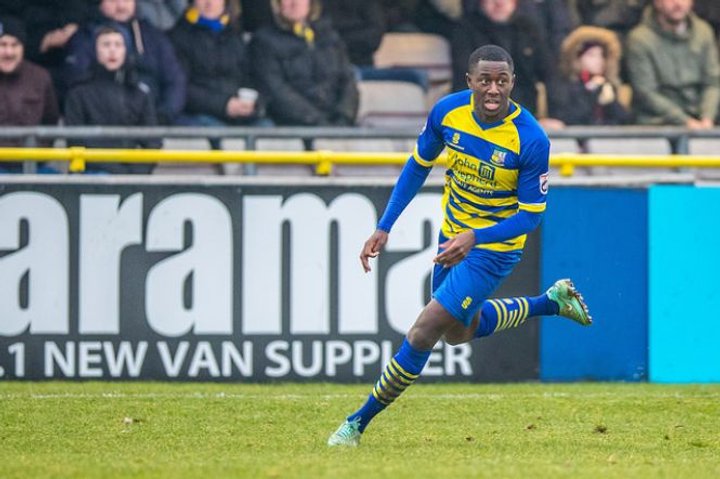 Dover Athletic have bolstered their defensive ranks with the signing of imposing youngster Manny Adebowale.

The 19-year-old central defender has signed a two-year deal after impressing during pre-season.

Born and raised in Stratford, Adebowale as he is known, came through the ranks at West Ham United before joining then-League One side Sheffield United on a two-year scholarship in the summer of 2013.

While he was with the Blades, Adebowale, also spent time on loan with Evo-Stik Northern Premier side Goole AFC and Sheffield FC.

After being released by United, Adebowale had spells with Hayes & Yeading United and Bishop`s Stortford.

The midfielder, who joined the Blues as 14-year-old before being released by the Premier League side aged 19, has put pen-to-paper on a one-year deal.

After leaving Chelsea, the now 22-year-old Londoner has spent time playing in the National League for Welling United, Wrexham and Solihull Moors.

He made thirty-two appearances for Welling in the 2015/16 season before playing six games for Wrexham at the start of last season.

Nortey (pictured) then joined Solihull where he made twenty-four appearances, including coming on as substitute against Dover in the goalless draw at Crabble last March.

Bromley Boss Smith Pleased With Summer Progress  Neil Smith says their new 3G pitch and the team bonding well, means it has been a successful pre-season so far.