What Happened This Afternoon Across The National League? 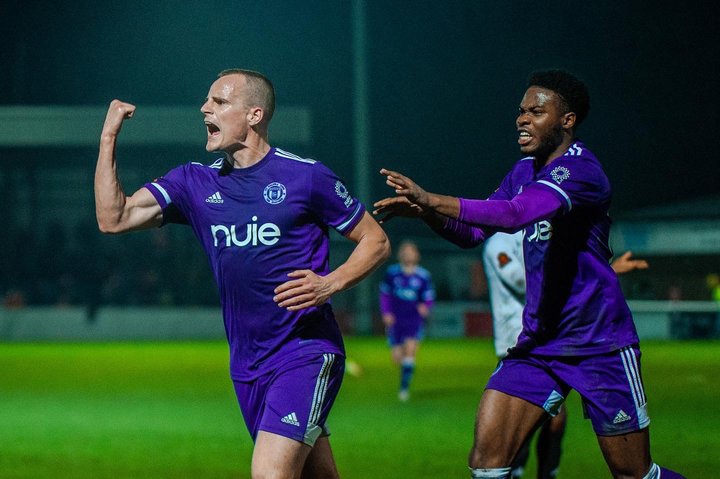 On another eventful afternoon, ruthless Chesterfield returned to the top of the National League hours after losing first place.

James Rowe’s side sent out a message at Solihull Moors - 2-0 winners after the hosts went down to ten in the first half.

Alex Whittle and Kaba Tshimanga, his 16th of the season, wrapped things up before the break.

Boreham Wood aren’t letting them scamper off into the distance.

A 4-0 win over Maidenhead United was helped with a Scott Boden double.

Bromley are up to fourth, Micheal Cheek scored twice as they beat King’s Lynn Town 3-2.

Eastleigh stunned Notts County at the Silverlake - Tyrone Barnett and Andrew Boyce scoring in the 2-0 win.

A Paul McCallum own goal helped Yeovil Town to a 1-0 win at Dagenham.

Altrincham stormed to a 4-1 win at Weymouth.

Wrexham couldn’t find a way through at home to stubborn Wealdstone as there were no goals in north Wales.

Barnet beat Torquay United 2-1, and FC Halifax Town, pictured, added to Dover’s problems - they left the Crabble with a 3-1 win.

In the National League North, AFC Fylde have a two-point lead at the top.

The Coasters beat AFC Telford 2-1 thanks to a Joe Piggot double.

Brackley Town slipped up after they were held to a 0-0 draw at home to Curzon Ashton.

The big game saw Boston United and Chorley draw 2-2 - Jake Wright got a late leveller for the hosts.

Kidderminster were ruthless as the put Alfreton Town in their place with a 4-1 win.

York City slipped to a 2-2 home defeat to Kettering Town while there were wins for Farsley, Gateshead, Hereford and Blyth Spartans.

In the National League South, there were some fantastic wins.

Ebbsfleet United hit Welling United for six - Craig Tanner got a brace in the simple win.

Tyrique Hyde got two at Dartford got back to winning ways, they were 3-2 winners at Hemel Hempstead.