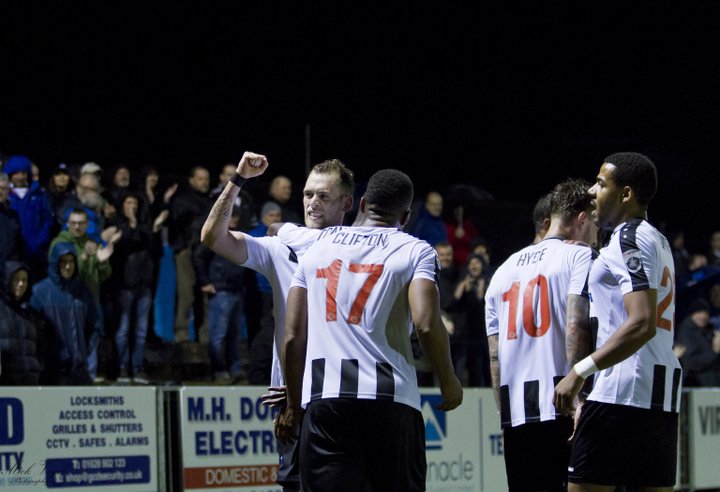 Tranmere Rovers suffered their fourth defeat of the season and manager Micky Mellon's knows he must take responsibility for it.

Harry Pritchard's goal two minutes from time gave the Magpies a famous win, that moved them into tenth place.

Meanwhile, Tranmere have taken 12 points from their first 10 games and 16th in what is a very tight National League at the moment.

Speaking afterwards, far from pleased Mellon said: "We quite clearly weren't good enough. There was a lot of disappointing performances. We all know the team well enough to know that was way below the standards that they've set and are needed in order to win games at this level.

"At the end of the day I'm responsible for performances. The manager is responsible because you set the team up and you pick the team, shape and organise a way of playing.

"We have to have a good look at ourselves as players and take a share of responsibility, I think there's a share on everybody.

"I think the bottom line is that the manager is in charge of the performances. He, at the end of the day, has to try and get the players to perform for the football club. You don't get into management if you don't know that it works that way.

Mellon added: "If I was a player I would certainly be very disappointed about an awful lot of what I did tonight. I would be wondering if I stuck to the plan of how we play. Did I run hard enough? Did I work smart enough?

"It was a performance that certainly players, managers and supporters of Tranmere won't be able to accept."

 Edwards: Management Giving Me Grey Hairs! AFC Telford United manager Rob Edwards accepts he breathed a huge sigh of relief as they consigned a home hammering to Harrogate to the history books.

Marginson Calls For Improvements Ahead Of Darlington Clash  FC United of Manchester have lost their last three games which included a defeat against local side Curzon Ashton.