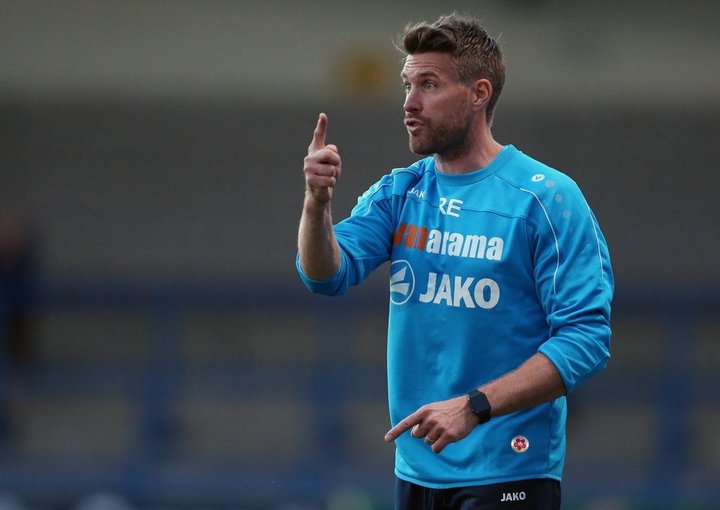 AFC Telford United manager Rob Edwards accepts he breathed a huge sigh of relief as they consigned a home hammering to Harrogate to the history books.

The former Wolverhampton Wanderers coach has had a mixed start to life in the dug out but he couldn’t hide his delight as their 5-1 loss at the weekend was quickly forgotten about.

“It’s a huge relief. I’m really proud of the players - it was difficult for us after Saturday,” he told The National League’s Oli Osborn after the game in Shropshire.

“We let ourselves down a bit against Harrogate in the second half so to bounce back three days later against quality opposition was really pleasing.

“We were well aware of the firepower Stockport have and as much as it was disappointing to see them equalise twice, we showed a massive amount of character.”

Coaching and managing are two different things and Edwards has no regrets about taking the plunge in the summer.

He says he is enjoying life as a National League North manager and if his players continue to show what they did on Tuesday night he thinks his team will carry on climbing.

“I’m enjoying my first season as manager, it’s great - even though I am getting a little greyer!” he laughed.

“It poses different challenges from working at Wolves but we’re trying to work to the same standards most professional teams do.”

This weekend the Bucks face Barwell in the FA Cup and Edwards says the competition is “huge” for Telford.

 Return Of The King! Steve Back At Hawks Steve King has been appointed manager at Whitehawk on a three-year deal having left the club in 2016.

Mellon Takes Responsibility For Tranmere's Defeat  Tranmere Rovers suffered their fourth defeat of the season and manager Micky Mellon's knows he must take responsibility for it.