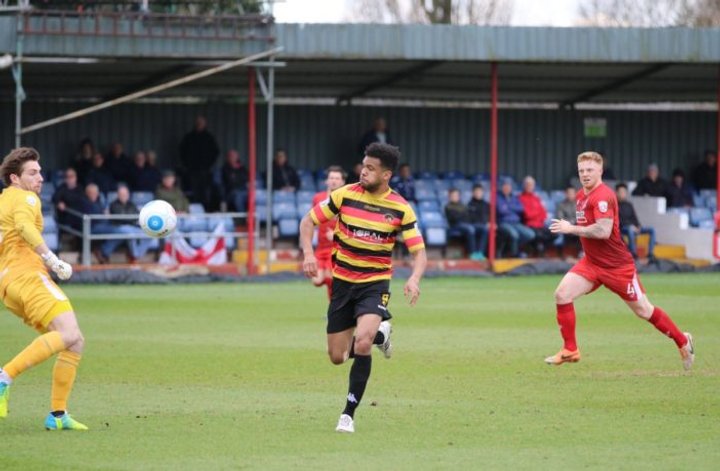 Most National League North sides play tonight, with only three teams having a 100% record.

Top of the table Brackley Town have had a fine start to the season with three wins, ten goals scored and only two conceded, they next face a Nuneaton Town side who lost at the weekend and have a win from those first games, writes Tom Feaheny.

Arguably the game of the night sees Darlington another side with a 100% winning record so far travel to York City, both sides are expected to be fighting for promotion at the end of the season and the Minstermen showed their credentials with a 5-0 win at the weekend.

Another stand-out game sees Salford City and Stockport County face each other with a place separating the two Anthony Johnson and Bernard Morley's side have lost their only home game so far, while Jim Gannon's team lost to Spennymoor away in their only away game, so both will be aiming to put that right.

Simon Weaver's Harrogate Town gained a credible point at Edgeley Park on Saturday with defender turned striker Simon Ainge getting another two goals, they take on Matt Jensen's Chorley who have won, lost and drawn in their opening matches.

Gainsborough Trinity and Blyth Spartans will both be looking to build on the momentum they picked up after gaining their first wins of the season at the weekend.

North Ferriby United are bottom of the table and have yet to get a point or score a goal in those three matches, Steve Housham says he demands a reaction ahead of their journey to Alfreton Town who have lost their previous two matches.

Spennymoor Town had their game against Boston United postponed as they were not able to get to Boston United's ground due to their coach breaking down, they remain unbeaten while Bradford Park Avenue are aiming to recover from a 5-0 home loss against York City.

Kidderminster Harriers have now gained their first win of the season they next host Leamington with their manager Paul Holleran pleased with the performances the Brakes have shown despite losing their last two games.

And Tamworth and Boston United are both on three points going into this match although Adam Murray's side have only played twice after their game on Saturday was postponed.

 Tudors Boss Thinks Hampton Match Could Be A Thriller Dean Brennan is predicting another game full of excitement when his Hemel Hempstead side face Hampton and Richmond Borough this evening.