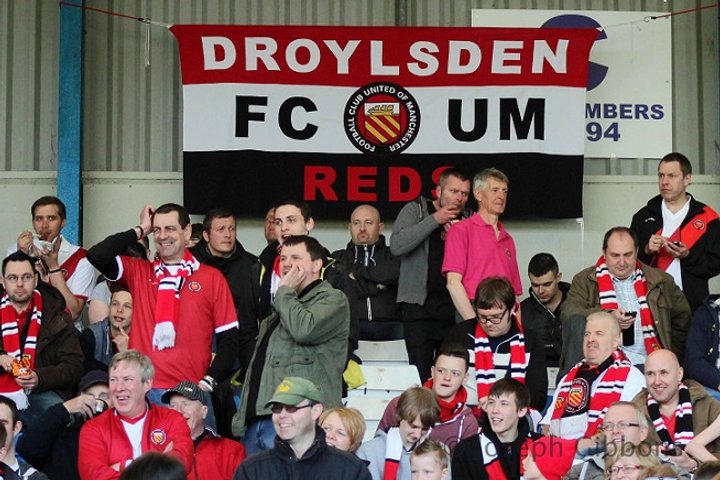 A few days ago it seems Tom Greaves' love affair with FC United was drawing to its conclusion.

Sent out to Ramsbottom on dual registration, some fans feared they would never see their favourite player again.

They do say a week is a long time in football. Last night the Red Rebels striker scoring the winning goal as the nine men of FC United beat Stockport County to make it through to the 4QR of the FA Cup.

This after being 3-0 down in Saturday's first game at Edgeley Park.

It was just what Karl Marginson's side needed on what was arguably one of the club's greatest nights.

"I've had some great feelings in football and that was definitely up there with the best," said an overwhelmed Greaves after the match.

"I have never been so proud of a group of lads. When you have your backs against the wall, you have to dig deep. To put out that performance with nine men was fantastic.

They now go on to face another Vanarama National League North side, AFC Telford United in the next round.

Manager Marginson said: "It was a proud night for everyone associated with FC United of Manchester."