Chris Ready For The Big Cross Over With Iron Assignment 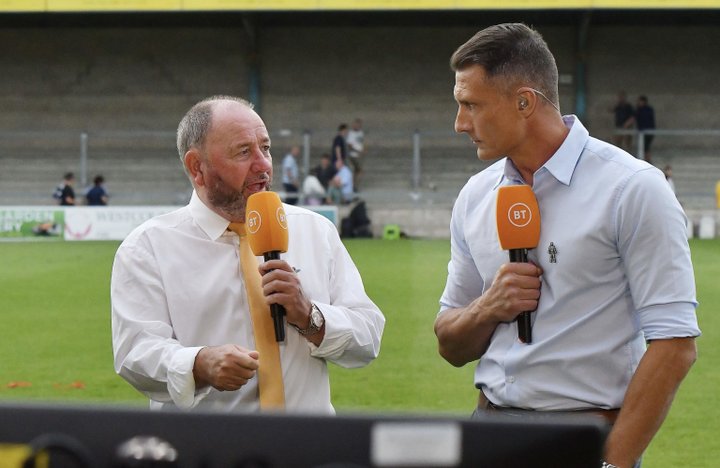 The cameras are back, and for Chris Hargreaves the spotlight falls in a very different way.

The 50-year-old has been a big part of the BT Sport punditry team almost ever since the broadcaster began its commitment to the National League back in 2013.

But he has always yearned to be back giving the half-time team talks - not first half analysis.

Taking over at Yeovil Town in the summer, the former Torquay United captain and manager will now be who Matt Smith and co are talking about - not talking to.

Hargreaves said he is expecting plenty of fun and games with the BT team after taking over earlier this summer.

They clearly wanted the banter to arrive early with their former colleague, and his new club were picked first with their visit to Scunthorpe United live on Saturday tea time.

It’s hard to predict what’s in store for either club but Hargreaves is determined to make the very most of this opportunity.

“This is a brilliant football club, I’m very proud and I’m looking forward to the challenge,” he said.

“I’ve been here a lot and I have always been impressed by the passion of the fans.

“It’s exciting and it is something I am relishing. I want the fans to see the players are giving everything and I want there to be a connection. It’s the least they want and it’s what they will get.”

He knows his team will be ready, despite losing talented Tom Knowles to Walsall just days before the big kick-off.

“I know the boys that step on that coach to Scunthorpe on Friday I am very happy with,” he added.

“There are lads chomping at the bit. There’s only so many places on that bench, so I am not too worried about having a huge squad because we can’t get them all in, but we are looking for a little bit more experience.“

Keith Hill knows his Scunthorpe team are going into the unknown.

Their 72-year spell in the Football League is over, but the Iron boss says there is no point looking back now.

The experienced boss says there will be no better way than to start in style by showing the nation that they are in good shape to return at the first time of asking.

He told Iron Player "I think we've done a lot of really good work over the course of the summer, which started for us as soon as the last game of the season finished.

"Everything we've done has been in preparation for the Yeovil game and beyond. It's a 46 game season and we're very optimistic.

“There's a real balance to the squad, not just positionally but also in terms of age and experience, and we're trying to build a new future for the football club with a layering system of success.

“Ultimately we want to convey the success we've had on the training pitch into matches and it's now over to the players."

CATCH THE ACTION LIVE ON BT SPORT FROM 5PM ON SATURDAY

 Opening Day Drama Served Up As New Season Starts The opening day of the National League was as eventful as expected after the curtain was raised on the new season in style.

Unibet's Vanarama National League Matchday 1 Preview  Some 83 days since three points were last contested, we’re back with a bang - nowhere does entertainment quite like the National League.