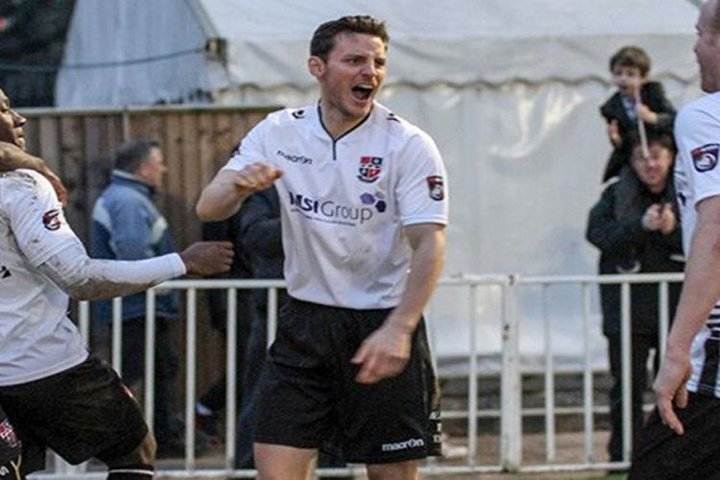 Bromley have announced that club captain Jack Holland has signed a new deal keeping him at The H2T Group Stadium for a further two years until May 2020.

Fan favourite Holland started his footballing career with Bromley youth section before being scouted by Crystal Palace where he went on to spend four years with the Eagles.

Holland returned to Bromley permanently in 2013 and since then has gone on to make over 200 appearances for The Ravens.

Manager Neil Smith told his club`s official website: “I’m absolutely delighted with this news. Jack has been and continues to be a fantastic captain. He’s been here a long time and has shown great loyalty to the club and I’m delighted his hard work and endeavour has been rewarded. It’s exciting times both on and off the pitch and I believe the two-year contract shows a great statement of intent from the club.”

Holland added: “I’m delighted to sign the new deal to stay at Bromley and commit myself long-term to the club.”

“To be captain of my home town team and having seen how the club has progressed in the five years I’ve been here and how it to continues to grow was a big factor in my decision, I have no doubt that we will be a Football League club in the near future.

“I would like to thank Neil, the management staff and the board for all their work in getting this deal done.

“Finally, I would like to thank the fans for all the support they have shown and continue to show myself and the club, it is an honour to be part of a club with a fan base so dedicated and supportive”.

Wilkin Taking Nothing For Granted Ahead Of Stockport Trip  Brackley Town boss Kevin Wilkin was full of praise for his side as they get ready for the away tie against Stockport County in the fourth round of the FA Trophy.