Bromley Are Letting Their Goals Do All The Talking Now! 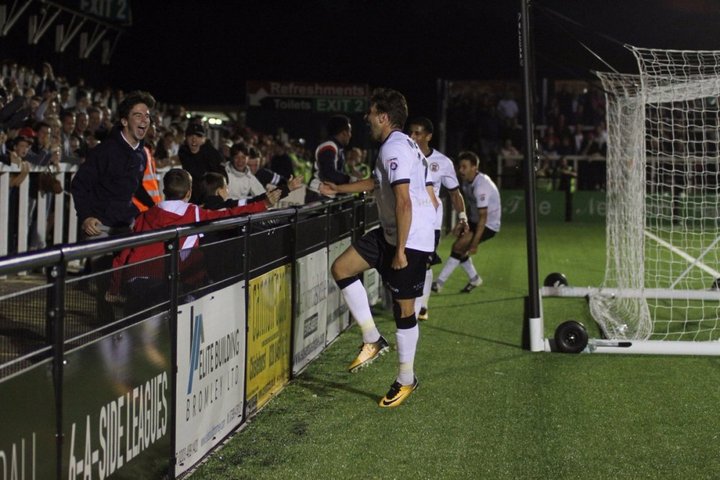 Bromley manager Neil Smith is delighted with his side’s attacking mentality - he just wants the goals to keep flowing!

The Ravens are looking like serious contenders for the National League play-off on current form.

On Saturday, a sensational second half saw them see off FC Halifax Town 3-0 at Hayes Lane in front of another crowd of over 1,500.

The week before they went one better, winning 4-0 at Torquay United - and even could afford the luxury of missing a second half penalty kick at Plainmoor.

Seven days earlier, they scored four away once again as they eased to victory in a tricky FA Trophy tie at Blyth Spartans.

Smith is happy with how his team are shaping up ahead of a busy February and he accepts that going forward they are become a force to be reckoned with.

“I was really pleased on Saturday,” the manager explained. “First half we were really at the races so we said at half time it’s all about tempo.

“We needed to go a little bit more and the boys responded to that.

“Once we got the first goal it wasn’t going to be the last so you have to be happy, especially with how well we are playing.

“Going forward it’s really good. We have seen some good performances and we have a certain style to our game.

On Saturday Bromley’s entertainers travel to Workington for their third round FA Trophy tie - and Smith says the club can balance a promotion push with an attack on Wembley.