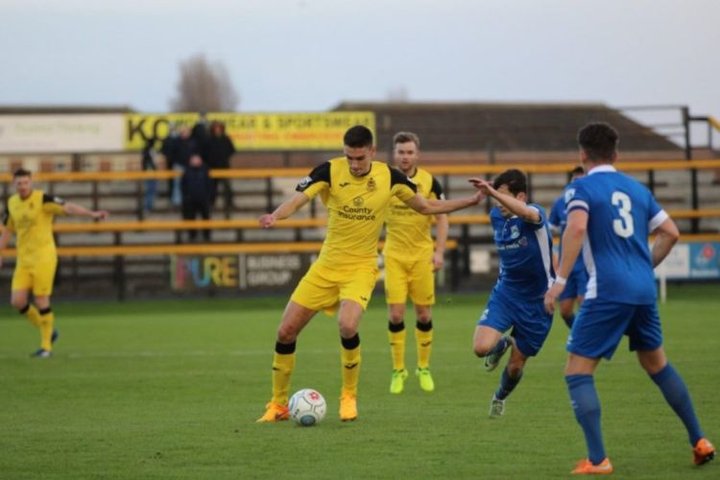 Southport have completed the signings of defender Ross Sykes and winger Mekhi McLeod on loan from SkyBet League Two side Accrington Stanley until the end of the season.

Sykes re-joins the Port for a second loan spell this season, having played six matches for the club starting in October.

He has made five appearances in total for Accrington this season in League Two and the EFL Trophy.

Sykes (pictured) impressed both the club management and supporters during his first spell at the Merseyrail Community Stadium but was recalled by Accrington as injury cover.

He joined Fulham’s youth set-up at seven years old and spent ten years at the club before continuing his development at Rangers and Wolverhampton Wanderers, where he regularly featured in the under-21 team.

McLeod can either play as a winger or in the number 10 role.

Both players are available for selection when Southport host AFC Telford United at the Merseyrail Community Stadium on Saturday.

 Bromley Are Letting Their Goals Do All The Talking Now! Bromley manager Neil Smith is delighted with his side’s attacking mentality - he just wants the goals to keep flowing!