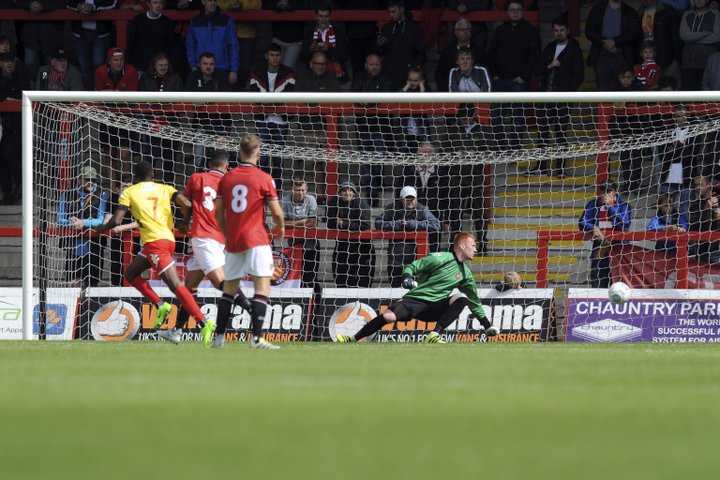 FC United of Manchester's manager Karl Marginson is to leave the club after 12 years in charge.

The Vanarama National League North club have struggled for form this season and the long serving boss and the club have agreed his exit is the best step forward.

Marginson has served the Red Rebels since the club’s birth back in 2005.

A board statement tonight read: “We’re sure that all FC United members and supporters will join us in thanking Karl for more than twelve years of fantastic service to the club.

“What the club has achieved on the pitch during this time, winning four promotions, has been wonderful and much of that has been down to Karl’s hard work and keen eye for spotting talented young players.

“Whilst off the pitch Karl’s love for the club and embracing of its values has been there for all to see. Such loyalty and commitment is all too rare in modern football and this has been an extremely difficult decision and one that is tinged with sadness.

“We’ve had a disappointing start to the season, certainly not one that we were hoping for and we feel that the time is right for a change to enable us to improve our league position.

“It goes without saying that Karl will always be welcome at this football club and we look forward to seeing him back at Broadhurst Park.”

United have confirmed that striker Tom Greaves will be in temporary charge of first team affairs.

Marginson has released a statement and says the club will always play a huge part in his life.

“To manage this football club has been a privilege and an honour, so it’s a very sad day for me to be leaving,” the emotional manager said.

“What we’ve achieved on and off the pitch over the last twelve years has been brilliant - it’s a special football club and one that will always hold a place in my heart. I will always be a supporter of the club.

“I would like to wish everyone at the club and its supporters all the very best for the future”.