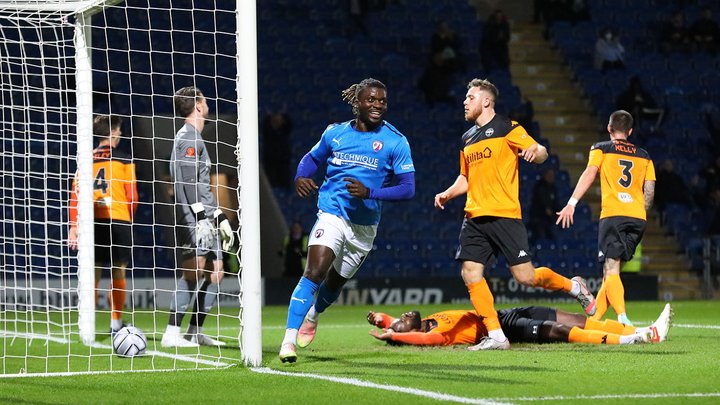 If you ever wondered how accurate the phrase ‘a week is a long time in football’ actually is, borrow the ear of a few Chesterfield and Eastleigh fans.

Last weekend, things were looking rather different at both clubs.

Chesterfield were top of the table, even though their meek draw at home to Aldershot busted a few coupons.

A few days later, the landscape of their highly promising season totally changed.

A bombshell statement landed in in-boxes, and jaws were still being pick up off the floor a few hours later.

"Chesterfield FC can confirm that James Rowe has been suspended pending an investigation into allegations of misconduct,” it read.

“Danny Webb will take charge of the team.

“As the matter is subject to an investigation, the club is unable to make further comment until that investigation is complete.”

At least, for their sake, they face an Eastleigh side live on BT Sport who have also just had to deal with a dollop of turmoil.

They have also said another goodbye to their main striker - Ben House has moved to Lincoln City.

Assistant manager Jason Bristow will take over on an interim basis and his first job couldn’t be much tougher.

But who will stay strong amid the chaos surrounding them?

Chesterfield need that win and to get back in their rhythm as their title rivals pick up the pace.

A one point return from games with strugglers Maidenhead United and Aldershot was a blow they couldn’t really afford thanks to this unforgiving and volatile title race.

The Spireites can turn frowns upside down if they can leave the Silverlake with victory as they wait to hear what happens next.

For Eastleigh, a fourth defeat in a row would probably signal the start of an awkward look over their shoulders.

They won’t want Chesterfield to do the double over them either, regardless of what happened on Wednesday.

Kabongo Tshimanga, pictured, was the difference in a 1-0 win back in October and both clubs’ headline grabbing off-field drama is sure to be hot topic for the BT pundits on Saturday.