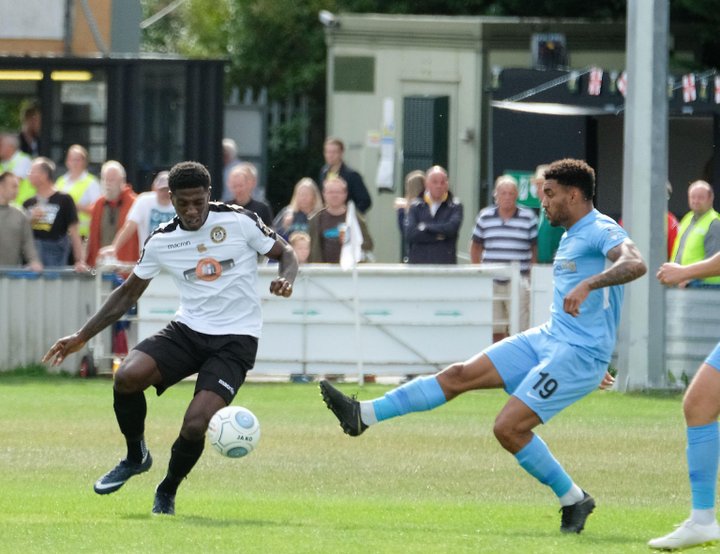 Talk about keeping it in the family.

After Leyton Orient defender Marvin Ekpiteta won September’s Player of the Month award, his brother has now got his hands on the South gong.

If you thought boss Ian Herring taking a step back from the playing side of things would leave Hungerford Town with a lack of leaders, you’d be wrong.

At just 23 years of age, Marvel Ekpiteta has been the go-to man for the Crusaders’ survival push which gathered plenty of legs in March.

After starting the month with draws against Woking and Weston Super Mare, Herring’s men stepped it up a notch to claim priceless wins over Billericay Town and Hampton & Richmond Borough before Ekpiteta got himself amongst the goals in a win over Eastbourne.

They are now two points above the relegation zone - and have a great chance of winning their survival fight.

 No Double Trouble As Rebels’ Dream Team Sweep Up! It’s often said that two heads are better than one, but in football terms many still need convincing that joint managers really work.

Wilkin's Way Has Saints Believing They Can Do It This Time  Brackley Town fans knew back in August it would take quite a lot to better last season.