King Comes In As Ebbsfleet Bring In Another New Face 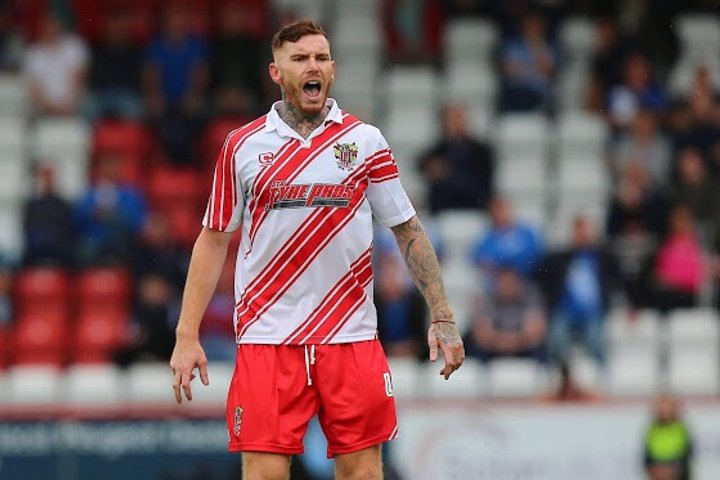 Ebbsfleet United manager Daryl McMahon has added again to his squad ahead of the new season, writes Aidan Jones.

The versatile player who can play both defence and midfield is Fleet’s second signing of the summer ahead of the challenge to meet the highs of last season.

The 32-year old actually played with McMahon during his time at Farnborough before he then went on to play for Woking.

The Fleet boss explained where King would be utilised in the squad and favoured the defender’s versitality.

“I see him as a footballing centre back and that’s the position he’ll be competing for with us in the coming season,” he added.

The former Swansea youth product made 48 appearances for Stevenage in League Two and joins Ebbsfleet with a wealth of experience at both National League level and beyond.

King joins Ebou Adams making his move to Stonebridge Road who signed earlier in the summer.

Salford Believe New Boy Jones Is A Star Of The Future  Salford City have signed a player they think has a huge future as James Jones moves from Chester.