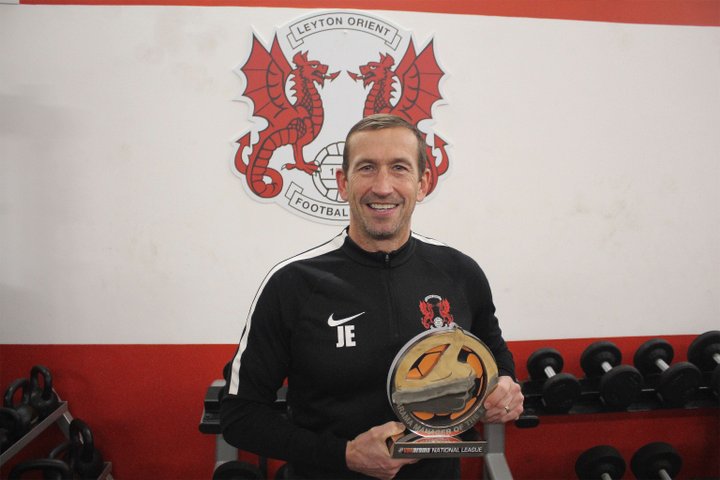 It is quite fitting that November is a month for Justin Edinburgh and Leyton Orient fans to remember.

It marked a year since he was given the job of reinvigorating the Club and re-energising the supporters.

The anniversary of his appointment only serves as a reminder of how much has been achieved in that year.

While November 2017 saw Orient floundering dangerously close to the National League’s bottom four, they ended this one top of the pile.

Last month’s return of ten points from four games allowed them to keep Salford City and Wrexham at arm’s length.

Valuable three-point returns against Bromley and at AFC Fylde were followed up by a highly impressive 2-0 victory at title rivals Wrexham.

Hines Makes Move To Bromley To Be Nearer His Home  Bromley have ended a very productive week in the transfer market by signing Chesterfield’s Zavon Hines.