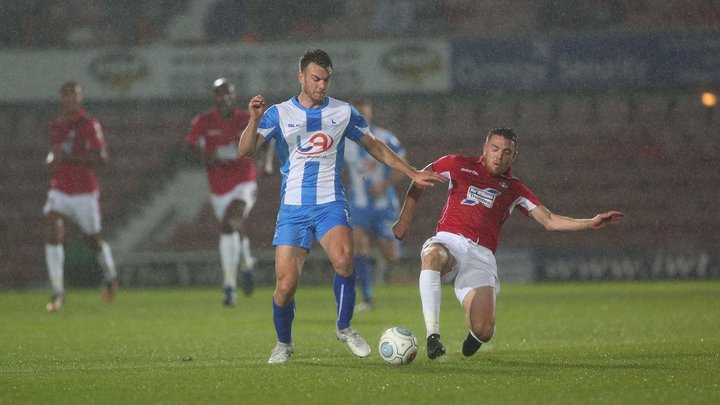 Hartlepool United manager Craig Harrison was delighted with how his side played as they gained a point away at Wrexham.

The Pools are now four games unbeaten in the Vanarama National League after the draw was secured, a result that sees them move to 12th in the table, writes Tom Feaheny.

Speaking after the match to the club's website Harrison said.

“Looking back, we had two great opportunities and they’ve only had one shot at goal which Scott Loach made a good save for.

”Apart from that, I thought we were comfortable. We passed the ball well, we worked hard and defended really well on what was a tricky night for defenders."

The team have started to pick up results after a tough start, Harrison says it says the progression they have made.

“We spoke about building momentum and building a foundation and the least we were going to leave with tonight was a clean sheet and I thought defensively from front to back, we were fantastic. To limit Wrexham, who are one of the better teams in this league, to one half-chance, is great defending."

He added: “The lads are sitting there disappointed with a point away from home on a Tuesday night after beating Dagenham three days ago, which is good. I like that, but we’ve just got to make sure we take that into the game with Leyton Orient on Saturday.”

 Marginson Calls For Improvements Ahead Of Darlington Clash FC United of Manchester have lost their last three games which included a defeat against local side Curzon Ashton.

Unconcerned McDonald Waiting For Injuries To Heal  Liam McDonald says he's not worried about Solihull Moors' current form after yesterday's 2-1 defeat at Woking as he knows there are plenty of players to return from injury.