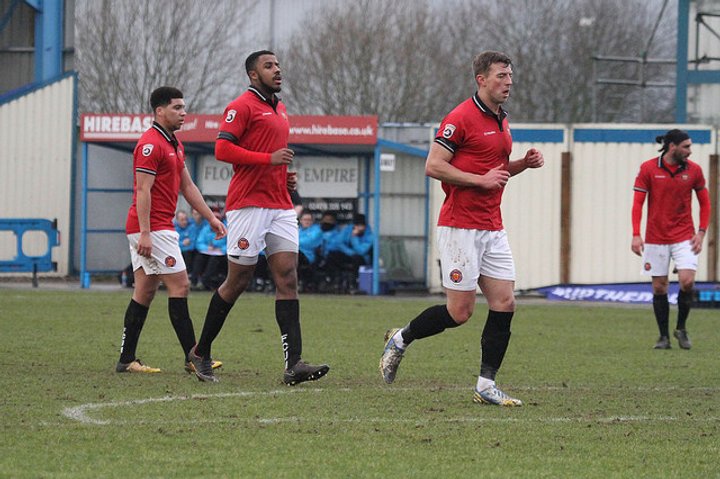 Tom Greaves says FC United of Manchester need to work on a Plan B as their rivals “figure” them out.

Greaves has overseen an upturn in results since taking charge but they were beaten 1-0 at Nuneaton Town on Saturday.

The player-boss was honest in his assessment that his team were second best and has said a change of formation may be needed.

“It’s getting around the Non-League system now that we play three at the back and they’re probably figuring us out now,” Greaves told FCUM Radio.

“We spoke about changing it but didn’t think we could do that for Saturday because we hadn’t had time to work on it. It’s something we’ll look at going forward.

“We were distinctly average at best. They battled for every single ball and we were second best.”

The Red Rebels return to action on Friday night at Broadhurst Park against Chorley knowing a victory would put them within four points of the play-off places.

“We’ve been good at home playing 3-5-2 but as I said, I think people are starting to figure us out so we need something different up our sleeves,” Greaves added.

“We need to bounce back and get those three points. We’re actively looking for new signings and if somebody is good enough to come in, they’ll come in.”

Young Wants His Halifax Heading In The Right Direction  Neil Young says he will be giving the FC Halifax Town job everything he has got until he’s told otherwise.