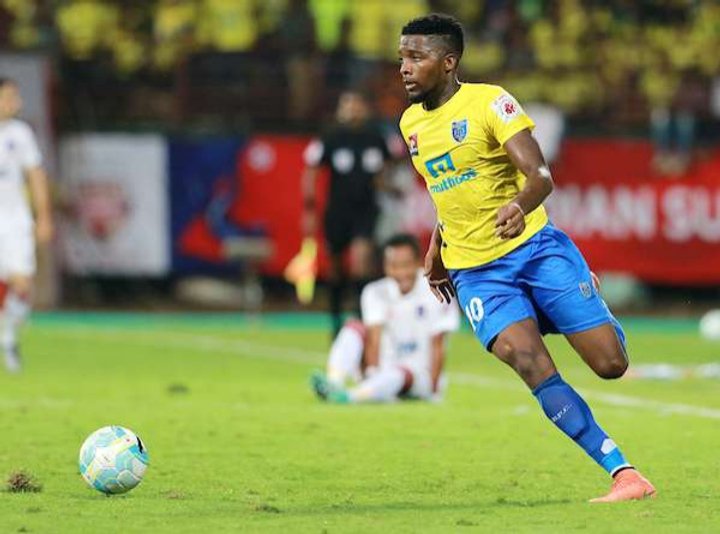 The pacey 25-year-old, who can also play out wide or tuck in behind the front line, has joined after a second spell in the Indian Super League with Kerala Blasters.

A former Queens Park Rangers youth, who played more than twenty times for Rangers in the Championship, he also played on loan for Southend United and Yeovil Town before a permanent move to Stockport County in 2011.

He returned to the Football League with spells at Brentford, Gillingham, Aldershot Town and Northampton Town, as well as time in Scotland at Partick Thistle in between his two stays in India.

In India, he played in front of crowds of 70,000 and McMahon, who has cast his eye over GermanÃ¢â‚¬â„¢s qualities over the past couple of weeks in training, is pleased to have got the international clearance through this week and hopes the playerÃ¢â‚¬â„¢s desire to get game time in England will benefit the Fleet squad.

His signing comes at a key time for McMahon with Darren McQueen having sat out the last few games as well as having to withdraw from the weekendÃ¢â‚¬â„¢s England C training camp at Lilleshall.

 Watson: Gateshead Job A Good Fit For Me The ex Newcastle United midfielder says he thinks Gateshead are in a false position league wise, he feels the club is the right fit for him.

'I Don't Want To Leave' - Armstrong Dismisses Rumours  Byth Spartans manager Alun Armstrong has quashed rumours regarding his departure to another club.