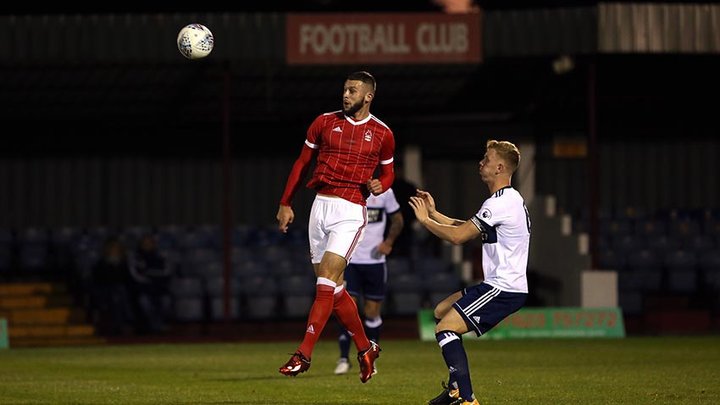 Tranmere Rovers have completed the signing of youngster Gerry McDonagh on a month`s loan from SkyBet Championship side Nottingham Forest.

The 19-year-old striker already has National League experience under his belt, scoring five times whilst on loan at Wrexham in the first half of last season.

McDonagh moved to League Two side Cambridge United for the second half of the campaign, scoring on his second start for Shaun Derry’s side, who narrowly missed out on the play-offs.

The Irish youth international, who made his first team debut for Forest as a 17-year-old, signed a new contract at the City Ground in the summer.

Speaking about the signing, Tranmere manager Micky Mellon said: “We’re delighted to welcome Gerry to Prenton Park and looking forward to working with him.

“He’s a player who we have watched for some time and worked hard to bring him here despite lots of competition from other clubs.

“Gerry is a striker who is very aggressive, who wants to score goals and is different to the forwards we already have at the Club.

“He’s still only young but he has decent experience already. I’d like to thank Mark Warburton and Nottingham Forest for giving us the opportunity to help him in his development”.

 Mellon Knows The Power Of Last Night's Three Points For Rovers Tranmere manager Micky Mellon watched his side put back-to-back wins together for the first time this season and beamed: we deserved that!