Curzon Opt To Cull Cunningham As Nash Make A Change 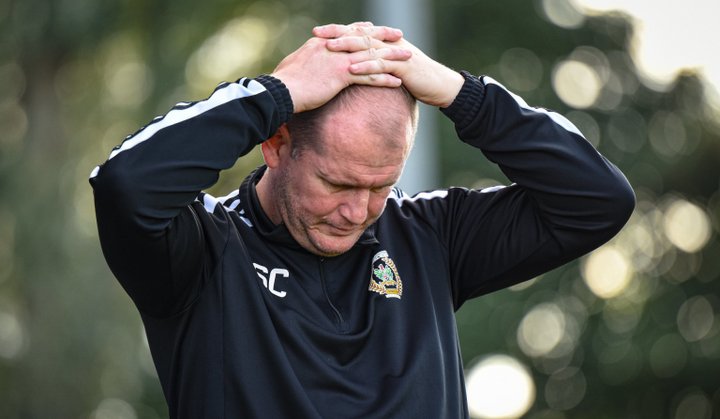 Curzon Ashton have confirmed that they have decided to part company with manager Steve Cunningham.

A week after he was announced as the Vanarama National League North Manager of the Month, the 41-year-old is out of work.

He paid a heavy price for Saturday’s 4-0 defeat at home to Chesterfield.

The club exited the FA Cup at the weekend following a league defeat at Farsley Celtic in the previous match.

Curzon saw off Chester, Darlington, Leamington, Gloucester City and Bradford (PA) in their first seven games of the season but the club have today made a change.

The Nash are yet to confirm who will take over.

It read: “Curzon Ashton FC have relieved Steve Cunningham from his duties as manager.

“The club sincerely thank him for his hard work and efforts over the past 18 months.”

The Draw For The FA Cup First Round Has Been Made  The draw for the first round of this season’s FA Cup has taken place as excitement builds.