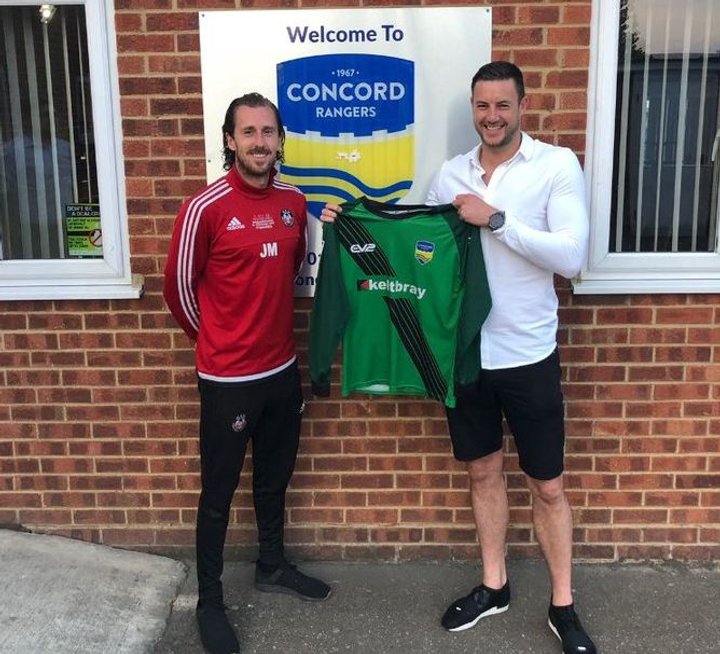 The 30-year-old joined the Clarets in the summer of 2017, having been Braintree Town’s first-choice during their relegation season.

The former Maidenhead United, Woking, Stevenage and Cambridge United keeper began his career as a youngster with Cypriot club Olympiakos Nicosia. But, due to contract issues, soon moved to join the Glenn Hoddle Academy, where his father – and former England international – Dave Beasant was a coach (he`s currently with Reading).

He went on to have an unsuccessful trial with Birmingham City and then joined Maidenhead United in 2011.

A short period with the Magpies was followed by a move to Woking, but only three appearances for the Cards let to a move to Billericay Town.

Beasant returned to the Cards ahead of the 2013/14 season, going to on to make thirty-two appearances during his second spell with Woking.

He then went on to make eight appearances after signing for League Two side Stevenage before then making fifteen appearances for Cambridge United during the 2015/16 season.

Following Beasant’s release from Cambridge at the end of the 2015/16 campaign, the experienced keeper joined Braintree.

Beasant made thirty-five appearances for Chelmsford in 2017/18.

 Big Triple Deal For Salford As New Boss Alexander Gets Busy! Salford City have made a sensational triple swoop as they gear up for next season.

Kidderminster Midfielder Leaves Aggborough For Dundee  Dundee have announced that Elton Ngwatala has signed a two-year deal with the Ladbrokes Premiership outfit.