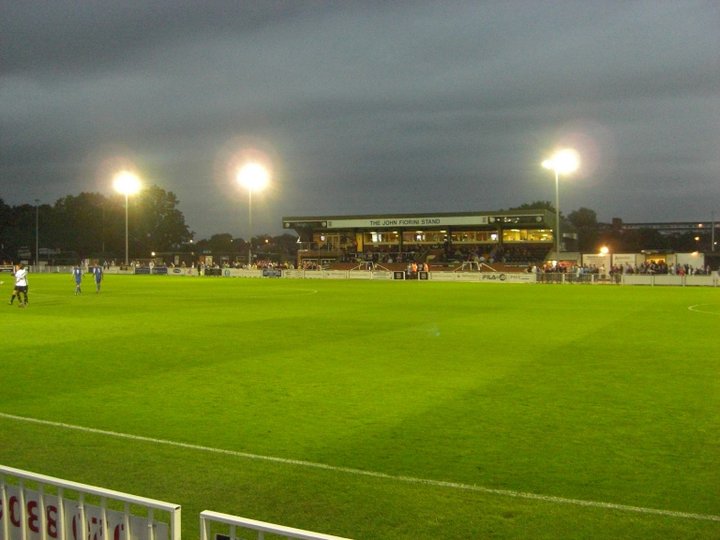 The National League fixture between Bromley and Aldershot Town, postponed last night due to electrical problems, has been re-arranged for Tuesday, 28th November – with admission prices reduced for all supporters.

All tickets from last night’s postponed game at The H2T Group Stadium remain valid, with ticket holders receiving a £5 refund on production of their ticket at the turnstiles next Tuesday.

Bromley are offering refunds to all Shots supporters who have retained their ticket stub and cannot attend the re-arranged match.

Bromley issued the following statement regarding the postponement of the original fixture: “Bromley Football Club would like to sincerely apologise to all those affected by last night’s postponement. We fully appreciate the efforts and journeys made by both Bromley and Aldershot Town supporters to see their sides in action and apologise for the inconvenience caused. The club would like to pass on its thanks to of all those in attendance for their co-operation during the evacuation process.

“The club lost power to the entire stadium at 7:14pm. The club have an onsite electrician at all home matches and the club began the process of surveying the damage and finding the cause of the fault. Once the electrical fault was discovered it was deemed to be beyond repair on the night of the game and the decision was made with the match referee to postpone the game.

“Our thanks again to Aldershot Town and the National League for their support in helping us rearrange the fixture so quickly. The stadium remains without power today and works have already begun on repairing the damage with expectations that the stadium will be back to full working order”.

Hill Offers To Make Charity Donation After Fan Apology  Eastleigh manager Richard Hill has apologised to the club's fans after criticising some of their performances and has offered to make a charity donation.