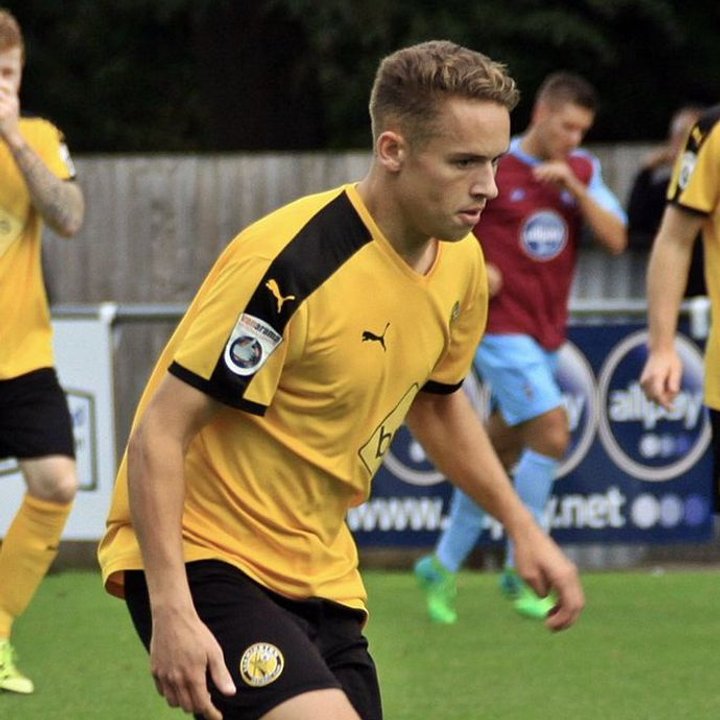 All the necessary paperwork has been completed for Leamington to be able to announce that loanee Kieran Dunbar has joined on a permanent basis from league rivals AFC Telford United.

The former Birmingham City, Fleetwood Town and Stalybridge Celtic youngster made his debut in the 2-1 victory at FC United of Manchester, and has played an integral part in every game since, helping Brakes to pick up more league points and progress in the Emirates FA Cup.

Dunbar scored his first goal for the club against Bradford Park Avenue in the Brakes last league game, which helped them to their first home win of the season.

Manager Paul Holleran was delighted to have secured Dunbar's signing, saying: “Kieran has given the squad an injection of pace and quality since he came in at the beginning of September, and he has certainly played his part in us picking up more positive results over the last month. He has enjoyed his time with us so far and I am delighted that he has agreed to sign permanently”.

Hill Hopeful On Promotion Push As Eastleigh Return To Action  Eastleigh manager Richard Hill thinks tonight's opponents Boreham Wood will maintain their promotion push - and he wants one of his own too.