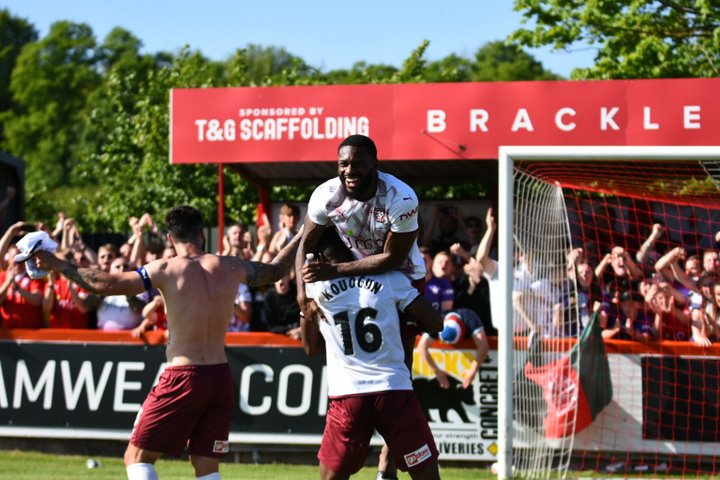 York City and Dorking Wanderers confirmed their Promotion Final places as the first half of the National League North and South semi-finals kicked-off a huge weekend.

John Askey’s York disposed of Brackley Town 1-0 to put themselves 90 minutes away from a Step 1 return.

They held firm in the second half against the side who ended the season in second place as the Saints’ play-off pain goes on.

City will now meet either Boston United or AFC Fylde in the winner-takes-all promotion shoot out in a weeks’ time.

Dorking Wanderers are just one more win away from yet another promotion as the club who keep on climbing don’t appear ready to stop.

Marc White’s men made light work of Oxford City to book their place in the final by getting the job done early.

The scoring was opened in front of a sell out crowd by striker Jason Prior.

Prolific Alfie Rutherford - the National League South Player of the Month - made things safe just after the break.

They will host either Ebbsfleet United or Chippenham Town in next week’s final. The teams face off on Sunday in Kent.

 It's All Down To This! Title Chasers Gear Up For The Big Finale It’s been a title race that has gripped like no other for many years. Now we finally find out who will be grabbing hold of the silverware that seals that sought-after promotion.

Unibet's Vanarama National League Matchday 46 Preview  The climax of the season is finally here - so who will keep their cool in the heat of Sunday’s title inferno?