Wynter Working His Way Back Up The Ladder With Woking 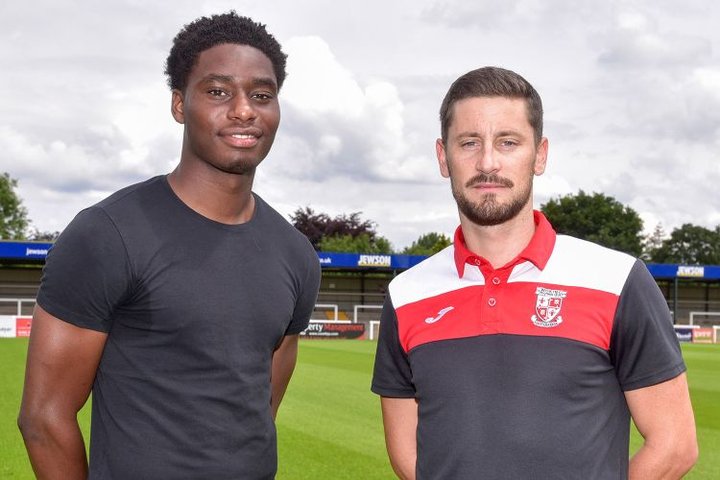 Jordan Wynter could look back with a bundle of regrets. An Arsenal academy starlet, Arsene Wenger remains on the record saying the midfielder has a bright future.

That was four years ago. Since then he has slipped down the football pyramid after a number of knock backs.

Last year, he found himself playing for a few pounds a week at Barton Rovers in the Southern League. A far from for a player who dreamed of the Emirates Stadium, a playing alongside fellow academy hopeful Jack Wilshere.

But he is building his way back up. Wynter is already catching the eye under Anthony Limbrick at Woking.

“I started at Arsenal, went to Bristol City and then Cheltenham. Then I started playing lower league football just to try and get some games.

“But the past year of so has been pretty positive for me. I think if I am to work back the other way like a few players have done then this is a crucial year for me in my development.

“I do wish I had this momentum going for me a few years ago but things happen in football that you can’t control.

“It’s not about being in a high profile team and playing bit parts. It’s about so much more than that. I would rather stay in Non-League for the rest of my career, play and enjoy it rather than be in and out someone bigger.”

Tomorrow Woking go to Halifax, the place where Jamie Vardy found his feet.

And after a good draw against Bury in the FA Cup, confidence is high.

“There were a lot of positives to take from last week,” he said. “We came from behind against a League One club first of all.

“Then there was how well we defended. We’ve not been too good at the back in recent weeks and we were better than we have been in a while.

“Now we need to get back on track in the league and as soon as possible.”