Wright's Delight As Hughes Makes The Move To Darlo 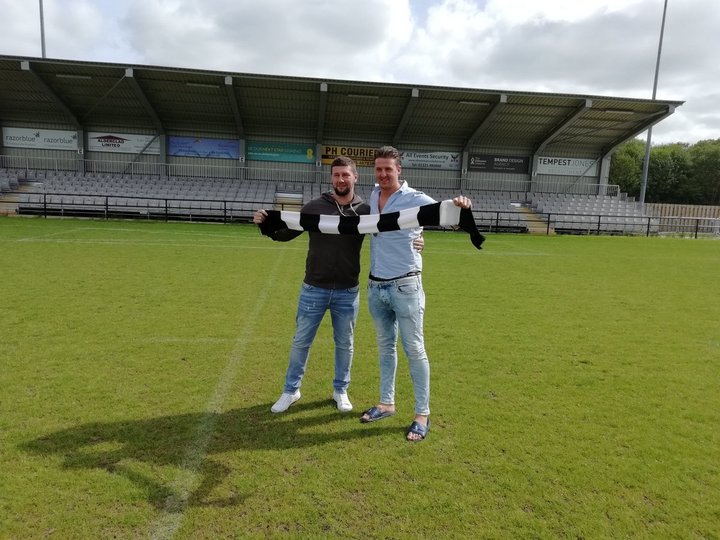 Darlington boss Tommy Wright says the signing of Liam Hughes will bring a lot to the side.

The ex Guiseley and Barrow man joins as the first summer signing for the Vanarama National League North side, writes Tom Feaheny.

"He is a very good footballer and his versatility will help, we want to reduce the size of the squad so this will help," Wright told the club's website.

"He can play down the spine of the team, he has a preferred position he will play there but he can play in other areas as well.

"The amount of football he has played at that age, he is six foot five, he has towered above me, he will be a presence for us."

So the first deal is done for Darlo and Wright says they know what else they want.

"This is the first signing for us, we are looking for a centre forward, we are talking to a lot of players."

 Turnbull Tells Of Why He Had To Drop Out Of Darlington Phil Turnbull says it was difficult to leave Darlington but signing for his home-town team was too big an opportunity to pass up.

Rocks Make Move For Blake As He Becomes Coach  After finishing bottom of the Vanarama National League South, Bognor Regis Town have brought in Robbie Blake as a first-team coach.