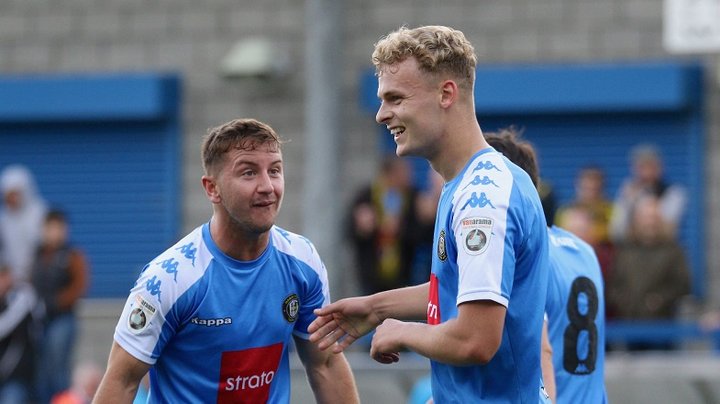 Development squad striker Jake Wright has left SkyBet Championship side Sheffield United and has signed for Harrogate Town on a permanent basis.

The 21-year-old joins Town for the second time having initially joined on a three-month loan deal from the Blades in September.

Then, Wright was only able to make two appearances for Harrogate, coming on as a second half substitute at home against Salford City, before claiming a goal and an assist during his first start for the club in a 5-1 win at AFC Telford United.

But the Manchester-born frontman suffered an injury at the New Bucks Head that would rule him out for the rest of his loan spell, and he returned to his parent club.

With Simon Ainge having joined National League outfit Wrexham until the end of the season, Wright, who has previously spent time on loan at York City, Southport and Gateshead, provides manager Simon Weaver with competition for places in attack.

 Wilkin Urges Brackley To Use Home Advantage For Replay Brackley Town boss Kevin Wilkin says his side's impressive home record has to be used by the team as they aim to reach the FA Trophy semi-final.

Bristol City Youngster Returns To Bath Until End Of Season  Bath City have re-signed right-back or midfielder Opi Edwards on loan from SkyBet Championship neighbours Bristol City until the end of the season.