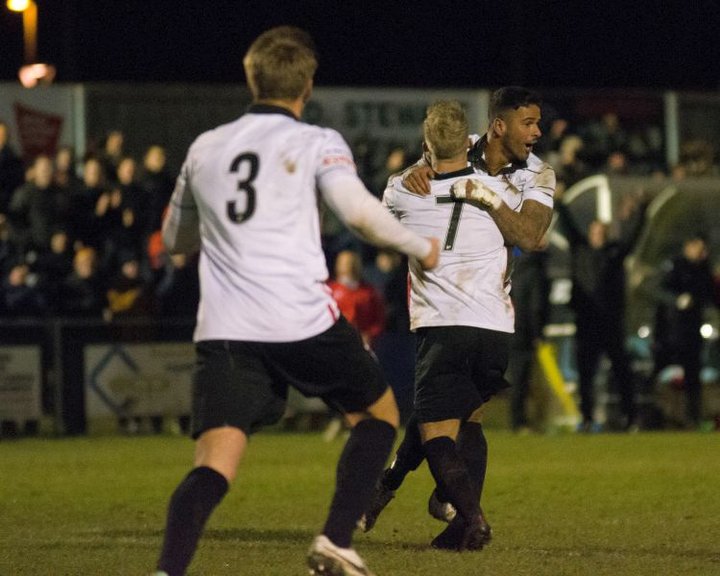 Darlington manager Tommy Wright has announced that he is releasing Leon Scott and Greg Mills.

There are many who feel that Scott (pictured) would have won an Evo-Stik First Division North play-off winners` medal a year earlier if he hadn’t been injured by an early tackle in the play-off semi-final against Ramsbottom United in 2014 - a game which we subsequently lost.

In all, he has made 222 league and cup appearances for Darlington, scoring 20 times.

He has played in a variety of positions and once had a rich vein of goalscoring form in the Northern League, scoring 8 times in nine matches.

One of his other goals was a very important one, on that famous night when the Quakers came back from 2-1 down to beat Salford City 3-2 in the Evo-Stik League, and he was also on target on another memorable night, the 7-1 away win at Whitby Town.

Scott had great memories of the Northern League title win.

The Northern League championship win in 2013 was another memorable moment, culminating in the wild celebrations after the games against Guisborough Town and Team Northumbria at Heritage Park.

He told the club`s website: “Winning the league that season, considering that we didn’t have a team nearly a year before, was massive. It was my first ever experience at Darlo of winning something, and in some ways it all went in a bit of a flash.

“Maybe I didn’t take it in as much as I could have done. Seeing that many people on the field celebrating the title win and appreciating all your hard work that you’d put in, was fantastic. I think I learned then that I should take it all in a bit more.”

Striker Mills joined in in November, following Wright from Nuneaton Town, and made sixteen appearances, scoring once.

 It's Just The Ticket! Tranmere Have Fan Power On Their Side Tranmere Rovers have been given total fan backing ahead of next season - and they don’t even know what division they will be playing in!