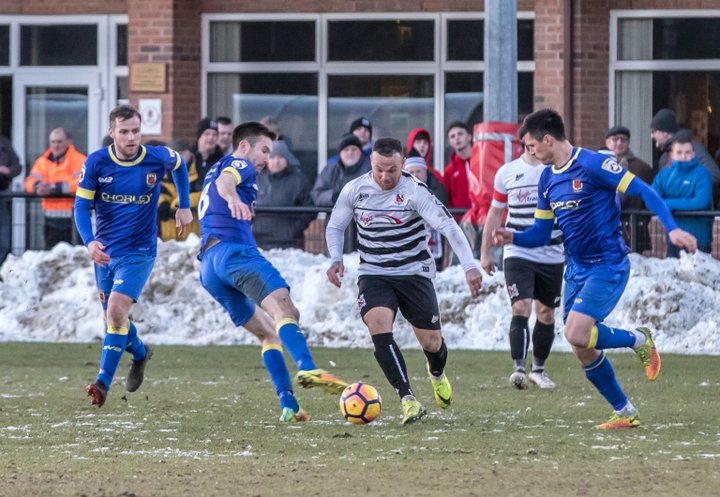 The Quakers travelled in big numbers to Warwickshire and witnessed their side fight back from 2-1 down to win 3-2 and claim a priceless three points.

Stephen Thompson got the winner in stoppage time against a Leamington side that played the entire second-half with ten men following Joe Clarke’s dismissal just before the break.

The result pulled Darlo out of the bottom three but Wright, mindful that teams below them have games in hand, wasn’t getting carried away.

He said: “The game had everything. We made it a lot harder than we needed to but it’s always tough to play against ten men for that amount of time.

“It’s three points but that’s all it is. It won’t decide anything for us, Leamington or any other club around us.

“I’ve said it from day one when I came into the football club, the character in our dressing room is one of the best I’ve ever worked with. They know how to win games of football and they came out fighting.

“I’m delighted for the players and the travelling fans, who have again come in their numbers and been superb. They’re a credit to the football club and I’m glad we’ve given them something back.”