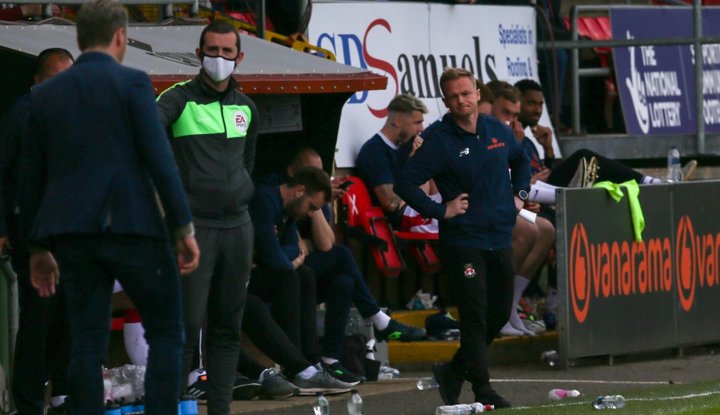 Dean Keates will not be leading Wrexham forward next season, it has been decided.

The club’s new owners have confirmed they will employ a new manager following the Dragons’ failure to qualify for the play-offs.

Wrexham missed out on the final day, only able to draw at Dagenham while Chesterfield and Bromley both won - earning a top seven place.

The hunt has now begun after Keates, the club’s decorated former captain, and his staff were told a change would be made.

The club released a statement on Sunday night.

It read: “Manager Dean Keates, whose contract expired at the end of the season, has been informed that he will not be retained, along with his Assistant Manager, Andy Davies, and First Team Coach, Carl Darlington.

“The search for a new manager will commence with immediate effect.”

Co-Chairmen Rob McElhenney and Ryan Reynolds said: “We would like to thank Dean, Andy and Carl for all their efforts on behalf of the Club, in what at times were challenging circumstances.

“We are committed to returning the Club to the EFL at the earliest opportunity and feel that a change of manager will provide us with the best chance of achieving that.

“Dean, Andy and Carl will always be welcome at the Club.”

 LV Bet Blog: Weekend National League Eliminator Previews After eight months of twists, turns and plenty of toil along the way, it all comes down to this.